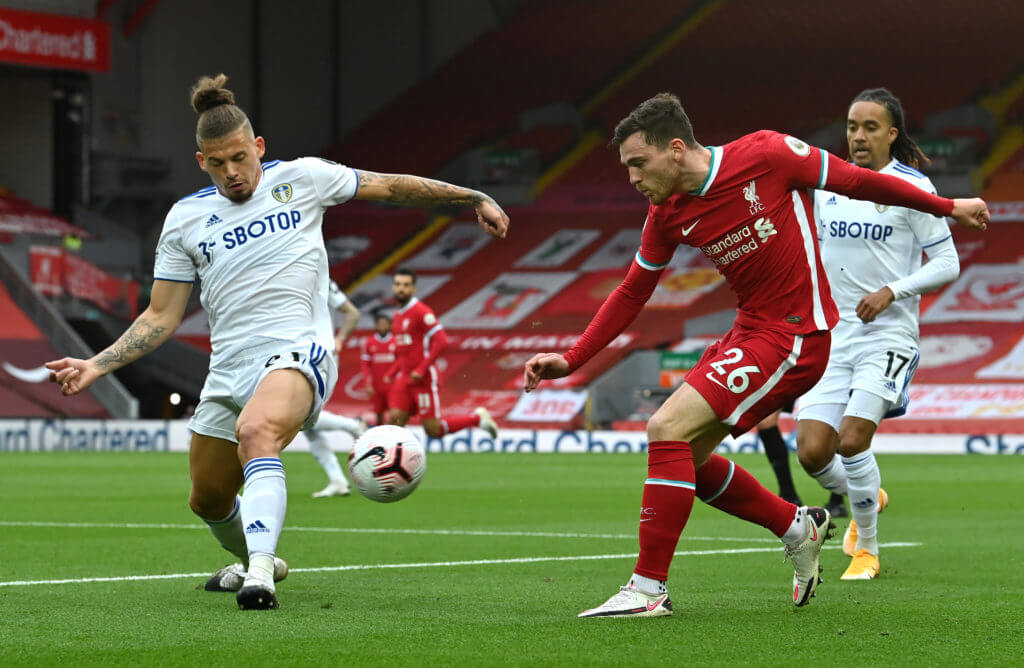 Leeds have made a return to the Premier League after a long absence of 16 years, and there is a hype around them mainly due to their charismatic manager, Marcelo Bielsa.

However, there are some pundits who feel Leeds would struggle in the Premier League.

Bielsa’s side fought toe to toe with Champions Liverpool last Saturday at Anfield as Leeds suffered a 4-3 defeat in a pulsating thriller.

Jenas feels that Leeds are a well-organized unit and that is why Phillips is looking like a world-beater in Bielsa’s set-up.

The BBC pundit claims that Bielsa allows him freedom where he can pick passes, and dictate the tempo of the game from deep midfield.

“It’s organized and drilled, and there’s a reason why Kalvin Phillips is looking like a world-beater,” said Jeans on BBC Match of the Day.

“It’s because he’s able to play almost with his eyes closed. It’s like when we speak about quarterbacks and they know when they’ve got to make a play, and they’ve got to drop the ball into the pocket, and that’s what Kalvin Phillips is doing.

“He’s getting the ball, he’s turning, he knows Hernandez is in there, he knows Klich is in there if he wants him. He’s got options, and that is what Bielsa has given him.”

Jenas is absolutely spot on. Phillips has progressed immensely under Bielsa and recently made his debut for the England national team against Denmark.

He was brilliant against Jurgen Klopp’s side and Liverpool fans praised him heavily for his performance.

Leeds play a high-tempo pressing football, and it doesn’t look like they will ditch their playing style and philosophy under the Argentine. They love to play an attacking brand of football, and Phillips is central to how Leeds function on the pitch.