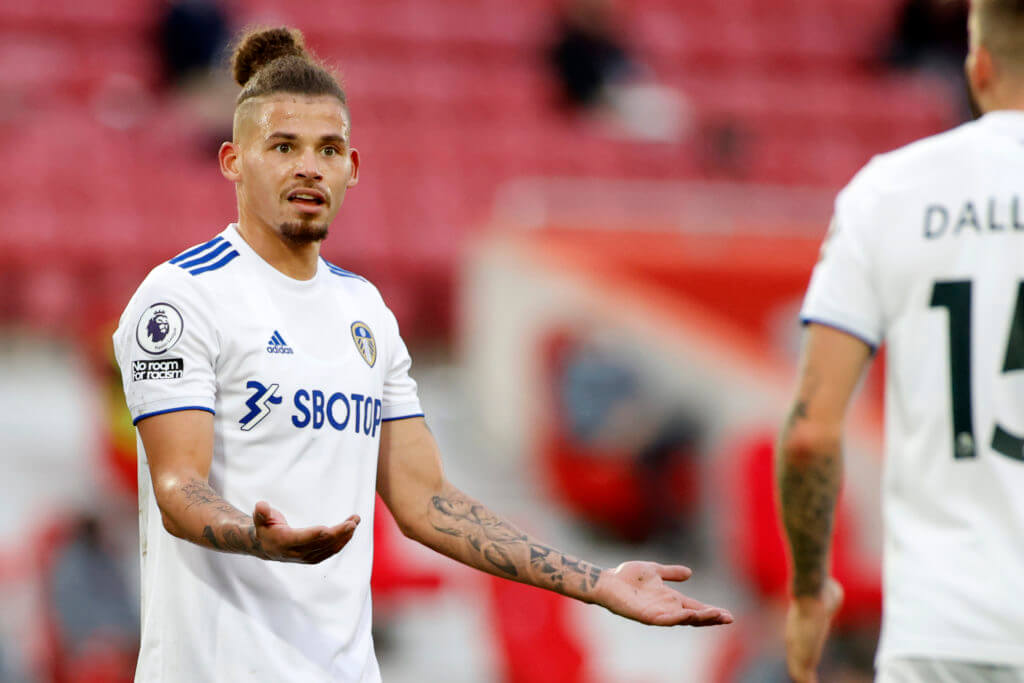 Liverpool fans on Twitter were seriously impressed with the performance of Kalvin Phillips during their 4-3 win against Leeds on Saturday at Anfield.

Leeds on returning to the Premier League after a long gap of 16 years produced a brilliant performance, earning rave reviews from fans, pundits, and the Reds boss, Jurgen Klopp.

Even though it was the first match of the season, the game had all the ingredients to be an all-time Premier League classic. Both the teams have produced arguably one of the games of the season already.

Jurgen Klopp’s side took the lead three times and Leeds returned with an answer. The Whites matched Liverpool in almost every department and made life difficult for the Champions, although the defending could have been better.

In the end, it was Mohamed Salah’s late penalty which helped seal all three points for the Premier League champions.

Kalvin Phillips once again impressed heavily on his Premier League debut, and many Liverpool fans took to Twitter to express their reaction on his performance. Here are some of the selected tweets:

Phillips would be one for LFC, he has a great game again

@LFC Pathetic defence from Arnold, Firmino isn't good enough, Didn't see enough of gini in action or better plays from him, kalvin phillips will be the best replacement for Henderson. Alisson needs to work on his saves. We escaped with a narrow win. We need to spend.

Kalvin Phillips from Leeds is hard. Hard hard. Looks like a natural. He balled tf out. #LFC #LUFC #EPL #YNWA 🔴

Kalvin Phillips for Leeds was brilliant.

Phillips is a key player for Leeds and he has progressed immensely in the last couple of years.

He has been a revelation under Marcelo Bielsa and recently made his debut for the England national team as well.