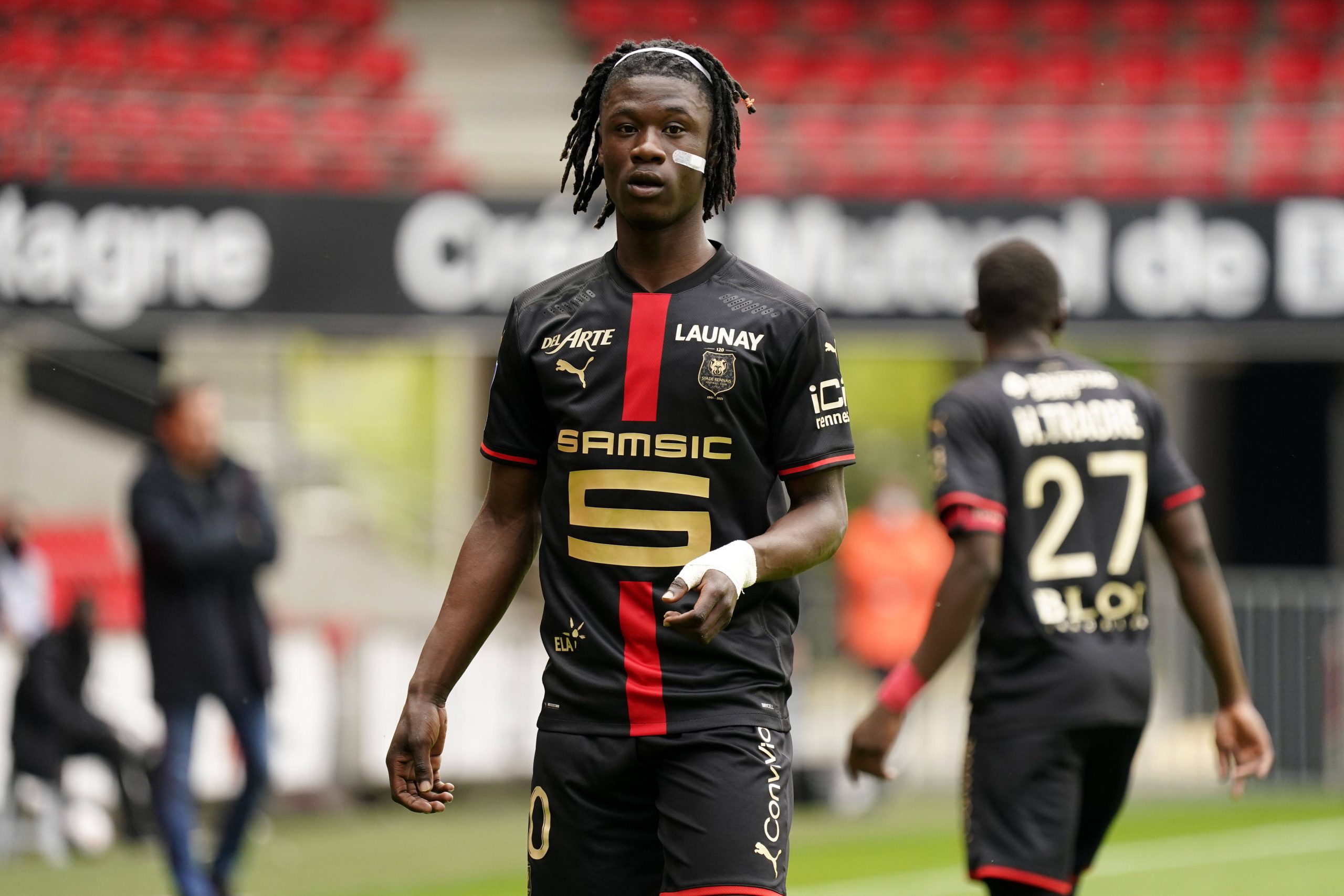 Manchester United have joined Arsenal and Real Madrid in the race to sign Rennes midfielder Eduardo Camavinga this summer, The Mail reports.

The 18-year-old is widely regarded as one of the best young midfielders in Ligue 1, and he has recently been linked with Arsenal and Madrid.

The Gunners have reportedly identified him as one of their priority targets, but United have now joined the pursuit of the Frenchman.

The Red Devils missed out on signing teenage midfielder Jude Bellingham last summer as he moved to Borussia Dortmund.

The Mancunian giants consider Camavinga as an alternative and are prepared to compete for his signature amid his contract stand-off.

The club are currently focused on sealing the deal for Jadon Sancho and will then step up their efforts to sign the France international.

Camavinga had an excellent 2019/2020 campaign for Rennes, where he impressed playing from the defensive midfield role.

He played in a more central position last season and struggled for consistency, which is justifiable considering his age.

Rennes value Camavinga at a staggering €100 million, but they are unlikely to receive the sum with his deal expiring in 12 months.

They may be forced to accept a knockdown price. He is valued at €55m by Transfermarkt, which could be a fair value for his potential.

Garner appears set to be loaned out again while there is uncertainty over Pogba’s future with his contract expiring in June next year.

Matic may also be phased out soon. Camavinga could be tempted to join United if he has the assurance of regular game time.

United, Arsenal and Madrid could yet miss out on his services, with reports suggesting that he has the preference to stay in Ligue 1 with Paris Saint-Germain.