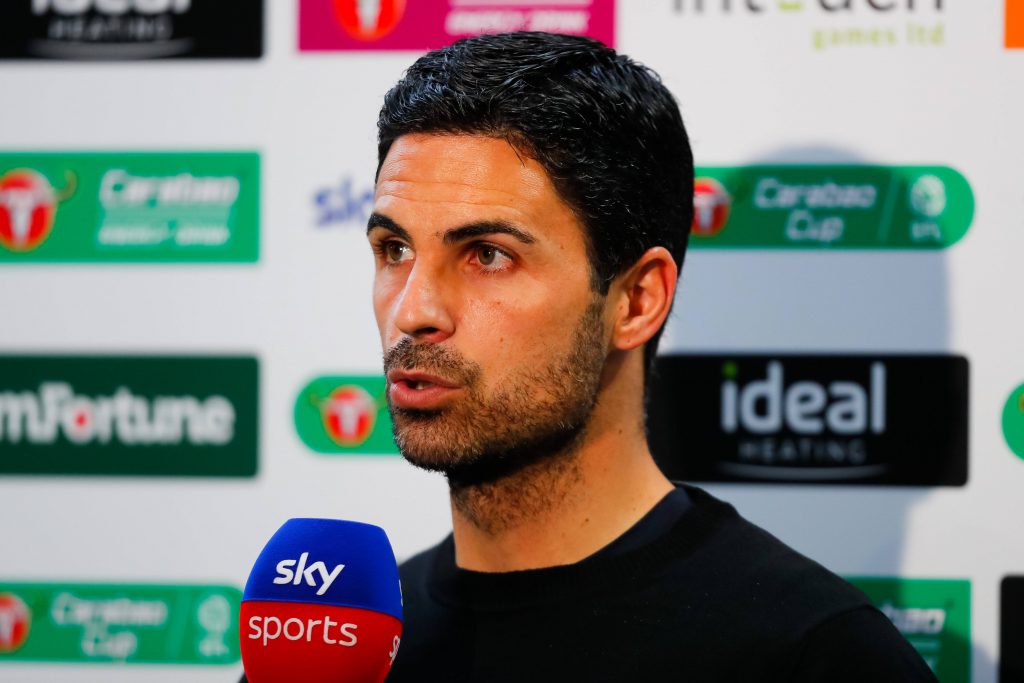 Arsenal suffered a humiliating 5-0 defeat against champions Manchester City in the Premier League on Saturday.

The Gunners’ miserable start to the campaign continued at the Etihad Stadium, and they are now bottom of the table with no points or goals.

0 points 0 goals bottom of the league, it’s a good day to be a Spurs fan 😂 #arsenal #spurs

Former great England striker Gary Lineker was also watching the game, and he stated his reaction with his typical tongue-in-cheek humour.

Lineker feels that it would be ironic if Arteta, who was assistant to Pep Guardiola at City, is sacked following a dismal start to the campaign.

It would be a sad twist if it’s the game against Pep Guardiola and @ManCity that turns out to be the straw that breaks the camel’s back for Mikel Arteta.

He has issued a sarcastic dig at City’s apparent lack of strikers. There have been suggestions that City may struggle this season if they fail to land a striker.

City were heavily linked with a move for Harry Kane, but the deal didn’t materialise.

No points, no goals, no fight, no leadership, no right-back, no energy, no concentration, no clear tactics, no consistent selection and no direction from bench. Tierney and Smith Rowe tried but others, and Arteta, hapless #afc #shambles

Ferran Torres (2), Rodri (2) and Ilkay Gundogan were on target for City, while Arsenal’s Granit Xhaka was shown a straight red card for a challenge on Joao Cancelo.

Some pundits argued that the dismissal was harsh, but Xhaka’s impetuous nature rarely does him any favours.