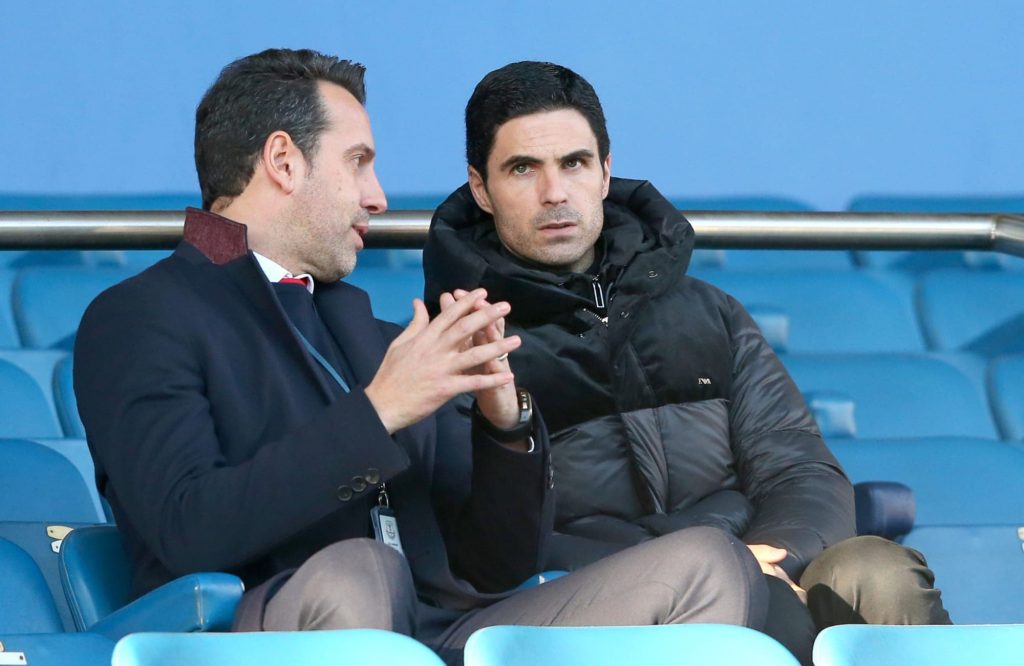 Arsenal have been fast and furious so far in the summer transfer window, securing four new acquisitions already with Sporting Director Edu recently suggesting their business is far from over.

The Gunners have seemingly adopted a very specific transfer policy since the arrivals of Edu and Mikel Arteta.

While they are certainly building for the future, the players signed in previous windows and now in this current one fit the mould of established young talent with the potential to usher in a sustained period of success over the next five years and beyond. Players such as Ben White, Gabriel, Aaron Ramsdale and Martin Odegaard have proven this strategy to be an astute one, with all four quickly becoming mainstays in Mikel Arteta’s starting 11.

What now seems to be the priority for Arsenal is creating enough depth in each position to remain competitive right the way through the season. In what can certainly be described a successful season last year, the Arsenal faithful will feel Champions League qualification was in their hands before some less than favourable results in the final few weeks. This was solely down to a lack of depth, fatigue and injuries to key players such as Kieran Tierney and Thomas Partey with whom they struggled to replace.

While the deal was announce back in February, Arsenal’s first confirmed signing was in the shape of USA international goalkeeper Matt Turner who makes the switch from New England Revolution in the MLS.

With Aaron Ramsdale firmly securing his spot as number one, back-up goalkeeper Bern Leno has been strongly rumoured to be heading for the exit this summer. The signing of Turner would suggest this is more likely than not.

The 28-year-old brings extensive international and club level experience, making 18 appearances for the USA and featuring in 102 fixtures during his six years in the MLS.

He will provide Arteta with a solid number two to Ramsdale for the upcoming season should Leno indeed make way.

Sporting Director Edu clearly has a strong scouting network in his home country.

Arsenal’s second signing of this window comes in the shape of 18-year-old Brazilian starlet Marquinhos, who joins from Sao Paulo with much promise for the future.

Likened to fellow compatriot and now club team mate Gabriel Martinelli, the squat, fleet-footed teenager can operate anywhere across the attacking line and burst onto the scene last year, making 41 appearances since then.

If he can even come close to what Martinelli, who arrived from the fourth division in Brazil, has achieved so far, this could well turn out to be another shrewd signing by the Arsenal board.

The first of two big money moves by Arsenal in this current window, exciting young attacking midfielder Fabio Vieira was confirmed as the Gunner’s third signing.

A stylish, smooth and highly intelligent presence in the number eight role, the 22-year-old has been compared with the likes of compatriot Bernardo Silva and former Arsenal legend Santi Cazorla.

While Arsenal have similar profiles in Martin Odegaard and Emile Smith-Rowe, Vieira has his own unique qualities with a incisive sharpness to his wide range of passing, a keen eye for goal as well as the ability to dictate the tempo as he deems fit.

Named the Player of the Tournament at the 2021 Under-21 Euros, he finished last season with seven goals and 16 assists as Porto stormed to a convincing title win.

He will provide some much needed depth for Martin Odegaard, who despite being instrumental to the way Arsenal operate, needs a break every once in a while.

In what could well be the most important business Arsenal conduct this window, Gabriel Jesus has today arrived in London to complete a huge move to the Emirates.

Mikel Arteta will have been key in negotiations with the pair having worked together during the Spaniard’s tenure as Pep Guardiola’s number two, and the promise of a key role as the main target man will certainly have enticed the Brazilian.

After Pierre-Emerick Aubameyang and now Alexandre Lacazette’s exit from the club, a glaring hole in the centre of the attack will be filled by Jesus, who fits the mould of Arsenal’s recent transfer policy, but more importantly, their eclectic style of play.

Wide players such as Bukayo Saka and Gabriel Martinelli will relish playing alongside the 25-year-old, who is just as comfortable picking out a crucial pass as he is slotting the ball in the back of the next.

Incredibly, he has the third best goal and assist ratio in Premier League history with 92 minutes per goal or assist – what a signing this may turn out to be for the Gunners.