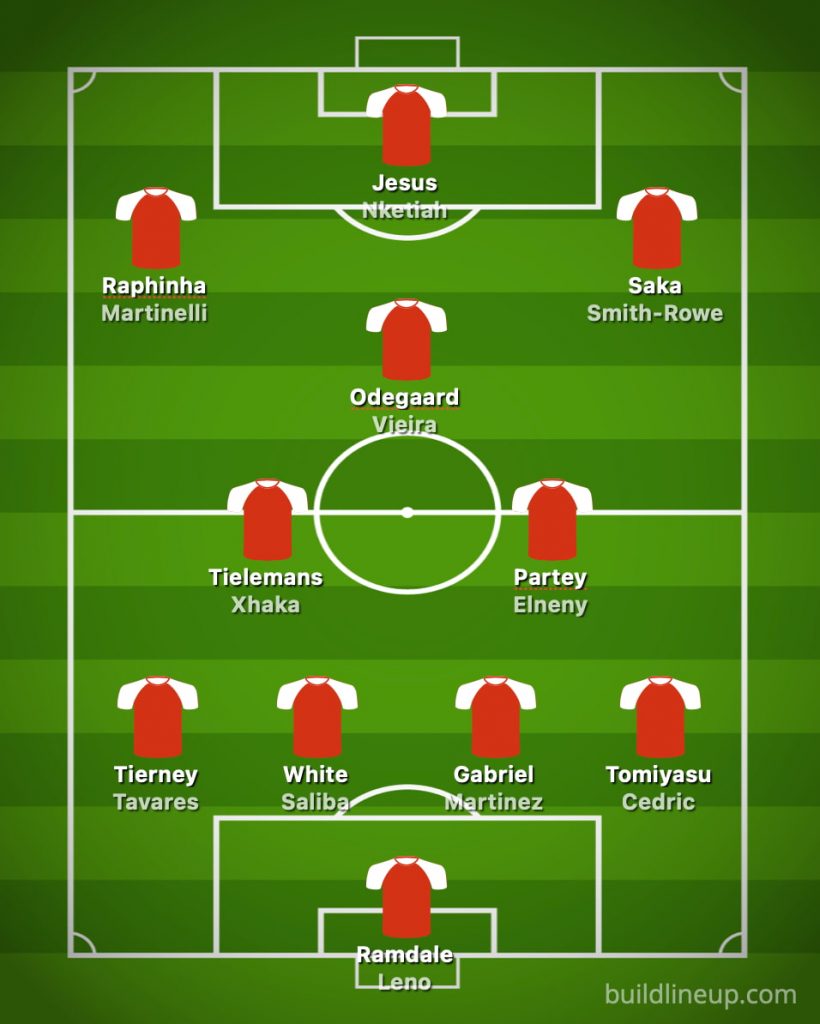 With just over two months until the new Premier League season commences, there remains an abundance of rumours as to who may line-up for Mikel Arteta’s Arsenal come August. What we do know is the Gunners are intent on making this window count, and key targets in Fabio Vieira and Gabriel Jesus have already been secured, while Sporting Director Edu recently suggested negotiations are certainly not over yet. 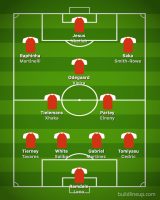 Summer of Change at the Emirates

After failing to register any fresh acquisitions back in the winter transfer window, the Arsenal faithful were understandably left wondering how a squad as thin as their own would remain competitive in the race for Champions League football.

Despite this, the Gunners managed to push for that fourth spot right down to the last day, although injuries to Kieran Tierney and Thomas Partey were glaring holes which left them depleted and deflated in the final run-in, leaving them to finish in a respectable fifth place.

However, Mikel Arteta, along with the hierarchy at the Emirates have made a strong statement by securing one of the brightest talents in Portugal in Fabio Vieira, who during last season’s Primeira Liga winning season, made 27 appearances, scoring six goals and registering 14 assists.

He offers a promising, youthful back-up to Martin Odegaard, whom Arsenal relied too heavily on throughout last season’s campaign, while the 22-year-old offers a versatility and directness that should bring urgency to their play.

Elsewhere, another confirmed signing in the shape of Manchester City’s Gabriel Jesus could well be the most important piece of business at the Emirates this summer. The 25-year-old has strong links with Edu and Mikel Arteta, with the latter working with him as Pep Guardiola’s number two while at City.

A proven Premier League goalscorer with the majority of his career still left to play, you would be hard pushed to find a candidate more suited to leading the line than the Brazilian. Notoriously dangerous in the box, he is equally comfortable with the ball at his feet which will suit fellow compatriot Gabriel Martinelli and Bukayo Saka in the wide areas.

A position where Arteta will almost certainly need to bolster is in the centre of midfield, and although Mohamed Elneny filled in expertly in Thomas Partey’s end-of-season absence, there was a concerning lack of creativity other than Odegaard who operates in a more advanced role.

Youri Tielemans has been strongly rumoured to be heading for the exit at Leicester this summer, and Arsenal absolutely must acquire his services. In what could turn out to be a mere £35million deal, the 25-year-old matches Arsenal’s youthful transfer policy while bringing proven Premier League experience, a knack for goalscoring as well as a natural hunger to be at the epicentre of his side’s build-up play.

Arsenal already have a new incoming centre-back in William Saliba, and although he has been on the books at the Emirates for three years, the 21-year-old has yet to feature for the senior team. The French Ligue 1 player of the year last year for Marseille brings pace, power and youth to an already young defence, but Arteta is seemingly not stopping there.

Ajax’s talented central defender Lisandro Martinez has reportedly been the subject of an improved £40million bid from Arsenal today, and the 24-year-old Argentine brings a different dimension to the rest of the current options. Although more slight than most, Martinez is incredibly versatile and can operate as a full-back as well as a defensive midfielder, drawing comparisons to Ben White.

Elsewhere, Leeds’ mercurial winger Raphinha has reportedly already been the subject of a bid from the Gunners which was rejected, but they are expected to return with an improved figure which could ward off other potential suitors in Barcelona and Chelsea.

The 25-year-old again fits the mould of a young, promising technical attacking talent with proven experience in England, and would provide some much needed potential for rotation after a strenuous season for the likes of Bukayo Saka and Gabriel Martinelli.

As seen with Arsenal’s recent transfer policy and their typical line-up last season, they are preparing for future. However, this certainly does not retract from their current ambitions, and well-established youngsters such Bukayo Saka, Gabriel Martinelli, Aaron Ramsdale, Ben White, Martin Odegaard have shown they are more than capable of taking on the mantle of leading the team.

While it remains to be seen as to who will be Arsenal’s next permanent captain after Alexandre Lacazette’s departure, Martin Odegaard has emerged as the most likely candidate after a breathtaking season. Although certainly a side to his game many had not realised, the Norway captain brings exceptional leadership qualities to the pitch and Mikel Arteta clearly places a lot of faith in the 23-year-old, who can often be seen communicating with his manager on the sideline.

The Gunners possess the youngest squad in the league by some measure, but placing all the responsibility on homegrown talents as well as incoming prospects is more than paying off. The best example of this is Eddie Nketiah who was seemingly heading for the exit this summer.

However, with his side misfiring towards the end of last season, Arteta put his trust in the 23-year-old who showed his worth with crucial braces against Chelsea and Manchester United, earning him a fresh five-year contract.

Although Arsenal are lightyears away from competing for the Premier League, fans can take comfort in the fact that Edu, Arteta and the rest of the board are taking the club in the right direction for the first time years.

When you look at the likes of Manchester City and Liverpool, the key to their success lies in their strength in depth. They have players in each position who can fill in and deputise in the same exact system.

If Arsenal do secure all their targets listed above, they will be immeasurably more prepared  than last season, which saw their form drop off when it mattered most.

The signing of Fabio Vieira indicates a serious push for further depth – the Portuguese starlet is a similar type of player to Emile Smith-Rowe and Martin Odegaard albeit with his own unique qualities, and although he certainly won’t be a starter straight away, he provides some desperately needed depth in the advanced midfield role.

The only worrying position is Kieran Tierney’s replacement, with back-up left-back Nuno Tavares seemingly still very raw. Despite this, the Gunners would certainly have players capable of stepping in in nearly every position, something Manchester City and Liverpool have slowly been building over the last five years and beyond.