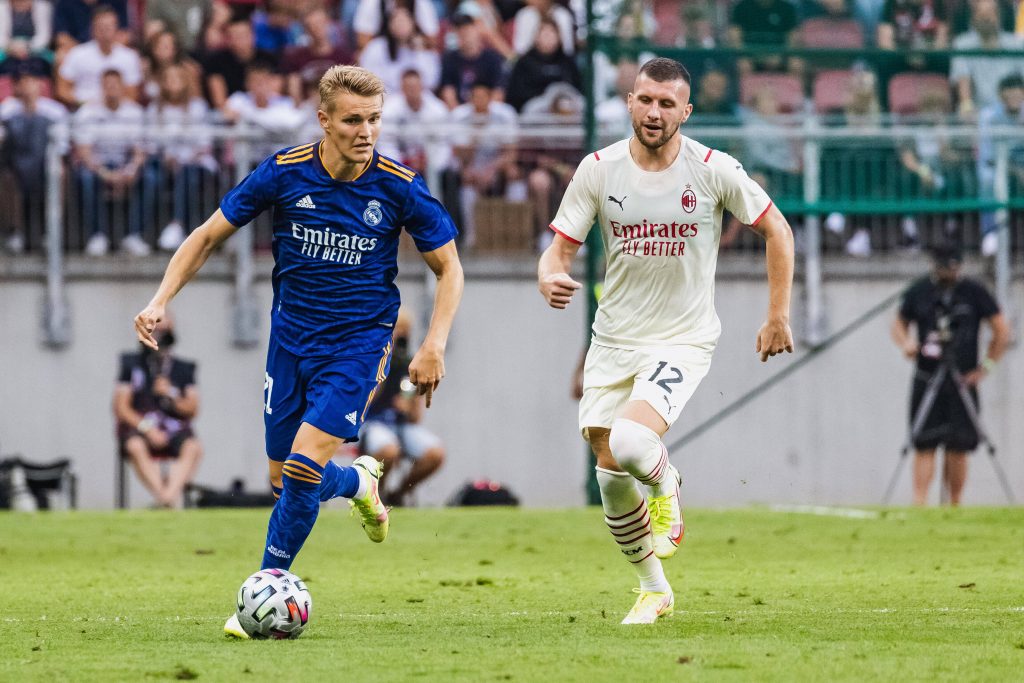 Arsenal have earmarked Real Madrid’s Martin Odegaard as their top attacking target with Houssem Aouar being the alternative, The Athletic’s James Nicholas reports.

The Gunners are keen on pursuing a creative midfielder this summer, and they have heavily linked with Leicester City’s James Maddison in recent weeks.

However, it appears that the club have not made any approach for the Foxes ace, and their priority remains on re-signing Odegaard, who was on loan earlier this year.

In case they fail to recruit him, it is reported that Aouar is the alternative. The Lyon midfielder could be available for a reduced fee of €25 million.

Odegaard spent the back end of last season with the Gunners, registering two goals and two assists from 20 appearances in all competitions.

He did not make a significant impact in terms of goal contributions but impressed with his quality distribution in the final third of the pitch.

Mikel Arteta is obviously determined to re-sign the Norwegian this summer. It has been reported that he could cost around €50m this month.

Odegaard is currently unsettled at Madrid, and there are reports that Los Blancos don’t want to keep any unhappy players with them.

The fee could still prove a stumbling block for the Gunners. That could see them shift their focus to landing Lyon playmaker Aouar.

Aouar was one of the Gunners’ top targets last summer. They were prepared to pay €35m, but Lyon stood firm on their €60m asking price.

The French club are now prepared to accept a significantly lesser fee amid their financial concerns, but there have been offers thus far.

It was claimed last month that the Gunners had cooled their interest in him amid on and off-the-pitch reports in the first half of last season.