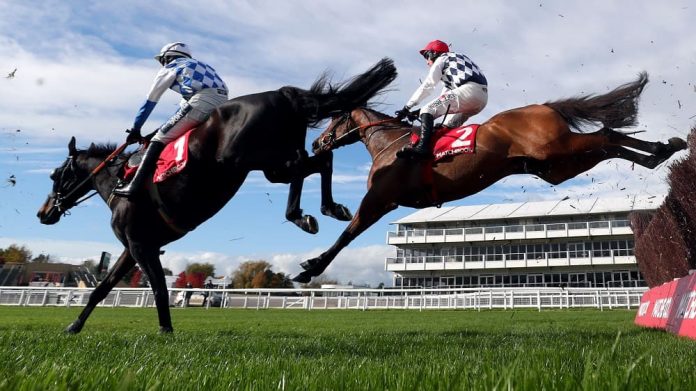 The 3m Grade 1 Savills Chase is the centrepiece of the four-day Leopardstown Christmas Festival on Tuesday, 28 December (2:20). Better known as the Lexus Chase, the sponsors changed a few years back. This contest looks sure to shape the Cheltenham Gold Cup betting, so see 2021 Savills Chase tips from SportsLens experts on this very page.

Six-year-olds have a fabulous recent record in this race but none with any real chance feature among the penultimate declarations. In the last 10 years, only two horses with an official rating of below 160 have landed the spoils, so punters need one of the top staying chasers in training. Four of the last six Savills Chase winners, meanwhile, came to Leopardstown off just one run.

Favourites have a poor recent record with just two market leaders after 2010 obliging. Should punters take on the ante post fancy on horse racing betting sites, then? In this case, the Savills Chase favourite is very short and value could lie elsewhere. There hasn’t been really been a major shock in this race for some time. Only three horses bigger than 15/2 have pulled off victories over the last dozen years.

Stats and trends can all go out of the window, yet it is always good to know what they suggest. It helps punters build up a profile of potential winners of big races, so should lead to better-informed decisions if nothing else. Let’s take a look at our experts’ 2021 Savills Chase betting tips from Leopardstown…

Why A Plus Tard has short Savills Chase odds

At the head of the ante post market is last year’s winner A Plus Tard. Trained by Henry De Bromhead for Cheveley Park Stud, this seven-year-old Kapgarde gelding went on to chase home stable companion Minella Indo in the Cheltenham Gold Cup. Since then, we have also seen A Plus Tard dismantle the Betfair Chase field at Haydock on reappearance.

The jury is very much out on whether he beat anything much on Merseyside, however. A Plus Tard could do no more than defeat the opposition in front of him, though, as he cruised to victory under Rachael Blackmore. De Bromhead is intent on keeping his two top staying chasers apart again until Cheltenham. That is why Minella Indo runs in the King George VI Chase at Kempton rather than this.

A Plus Tard remains unexposed as a stayer after just four starts over the 3m trip of the Savills Chase and further. This demands more than Haydock but he top official ratings among the intended runners on a mark of 174. A Plus Tard has 9lb and upwards in hand on his rivals here, so it’s no wonder that that he is BoyleSports’ 8/11 favourite. On that basis, the only reason to oppose him is the price.

Back A Plus Tard with BoyleSports

Next best on official figures is Galvin. Trained by Gordon Elliott, this Ronnie Bartlett owned seven-year-old Gold Well gelding stays further and appreciates better going. Galvin may be handicapped out of the Grand National, however, so again runs in Grade 1 company to see if he can hang with the best.

A first crack at elite level showed plenty of promise with only the game and gutsy Frodon too good for him in the Down Royal Champion Chase. Prior to that, Galvin won the Irish Daily Mirror Chase and National Hunt Chase either side of a summer break. He will not be found wanting for stamina, then.

Galvin was home in front of Minella Indo the last day, so a repeat of that effort on a form line through that one makes him look overpriced in relation to the favourite here. Compared to A Plus Tard at odds-on, there is plenty of juice in odds of 11/2 with William Hill about Galvin going one better on just his second try in the highest grade.

Bet on Galvin with William Hill

Delta Work and Kemboy must roll back the years

Elliott’s other runner, Delta Work, is three from five over fences at Leopardstown, so that course and distance record gives him claims on the pick of his form. Owned by Gigginstown House Stud, who won this five between 2014 and 2019, last struck with this eight-year-old Network gelding a couple of years ago.

Delta Work needed every yard of the trip to get up and beat Monalee by a head. He then followed-up in the Irish Gold Cup back here during the Dublin Racing Festival, holding Kemboy by 1 1/2 lengths. That was the last time Delta Work got his head in front. He always needs his first run, so he should come on for his fourth at Down Royal behind stable companion Galvin. Delta Work is a 7/1 shot with Betfred to win the Savills Chase again.

Old rival Kemboy has Leopardstown chase form figures of 14221 and needs the trip after finding things happening too quickly for him in the John Durkan Chase at Punchestown on reappearance. One of four potential runners for Willie Mullins in the contest, this horse turns 10 in the New Year. Any animal with wins in this race and the Irish Gold Cup commands respect.

Kemboy has only won one of his last nine starts coming into a potential fourth appearance in the Savills Chase. At this stage of his chasing career, he looks vulnerable to younger, improving types yet his fine course and distance record means he could go well. Kemboy, who should come on for his spin in the John Durkan, is a 9/1 chance with the same firm for the spoils here.

Back Delta Work and/or Kemboy with Betfred

Janidil may still be improving and each way value

Mullins could also run JP McManus horse Janidil in this. The seven-year-old remains unexposed as a stayer but has been strong at the finish in recent 2m 4f assignments. Janidil, a son of Indian Daffodil, progressed last season to land the Grade 1 Fairyhouse Gold Cup on Easter Sunday. His prior third to the now retired Colreevy at Limerick last Christmas also reads well.

The winner went on to beat her fellow mares at the Cheltenham Festival and then burst some bubbles at the Punchestown Festival when stepped up to 3m. Janidil chased home Energumene, an effortless winner of the Hilly Way at Cork since, over an inadequate trip at that meeting but shaped nicely on his return in the John Durkan when filling the same spot behind Ryanair Chase hero Allaho.

This is a step into the unknown but the way he sees out his races suggests Janidil may get the trip. He was far from disgraced when fifth in the 2020 Albert Bartlett over hurdles at Cheltenham. That is his only previous try at 3m in a red-hot festival novice contest. Janidil has clearly improved since then; so, off a revised official rating of 164, looks worth an each way play at 10/1 with online bookies including BoyleSports to hit the frame.

Bet on Janidil each way with BoyleSports