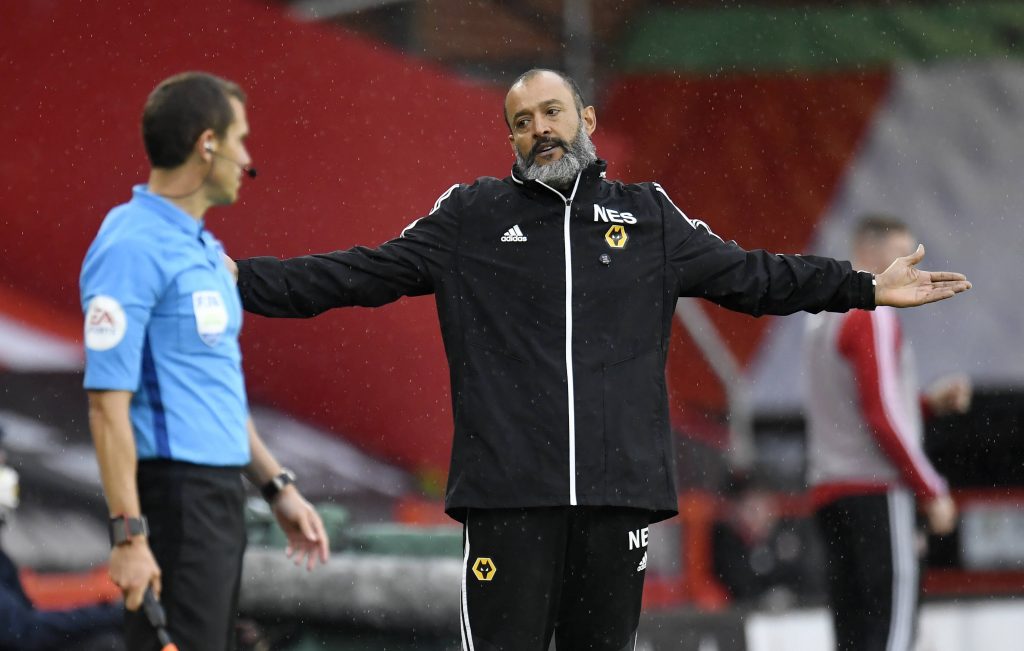 Sheffield United visit Wolverhampton Wanderers on Saturday, knowing that another defeat could end their two-year stay in the Premier League.

The Blades head into the weekend 18 points adrift of safety, and they look nailed on to drop back into the Championship.

The Yorkshire outfit’s fate will be sealed if they lose at Molineux and Newcastle United avoid defeat at home to West Ham United.

According to the sportsbooks listed at Just UK Sports betting club, Wolves are odds-on favourites to pick up three points this weekend.

While many UK-based bookmakers are offering prohibitive odds on a home win, there is plenty of value to be had by visiting the sites featured.

Most UK operators are fairly stingy when pricing up games involving the Blades, but using the offshore bookies featured on the site could give you better returns.

Given the respective positions of the two clubs, it is easy to see why every sportsbook is predicting a comfortable Wolves victory this weekend.

Nuno’s side have been a little inconsistent this term, but they still have an outside chance of claiming a top 10 spot at the end of the campaign.

Wolves triumphed 1-0 at Fulham in their most recent outing to climb up to 12th in the standings, seven points behind Leeds United in 10th position.

However, Wolves have some winnable looking fixtures to come and could close the gap heading into the final few weeks of the season.

Pedro Neto, Ruben Neves and Raul Jimenez are absentees this weekend, but Joao Moutinho and Willy Boly could be available for selection.

Their return is a major boost for Wolves against a team that have struggled with injury issues throughout the season.

Billy Sharp and Oli McBurnie are the latest players to be ruled out, joining the likes of Chris Basham, Jack O’Connell, Jack Robinson and Sander Berge on the sidelines.

Wolves ran out 2-0 winners in the reverse match in September and will rightly fancy their chances of completing the double over the Blades.

With games to come against Burnley, West Bromwich Albion and Brighton & Hove Albion, the Midlands club have an excellent chance to close the gap on the top 10 ahead of the final few weeks.

While they will be disappointed not to have replicated last year’s seventh-place finish, Wolves’ season has undoubtedly been impacted by the injury suffered by Jimenez.

Despite the setback, they have never looked in danger of being dragged into the relegation battle and are now firmly established in the Premier League.

A strong end to the season would give Wolves a good platform to build from, and it would be a huge surprise if they slipped up this weekend.

Three points against the Blades would set them up nicely for the final few matches, and they are strongly fancied to get the job done.

Prediction: With the visitors struggling for goals this season, Wolves look a good bet to win to nil on Saturday evening.