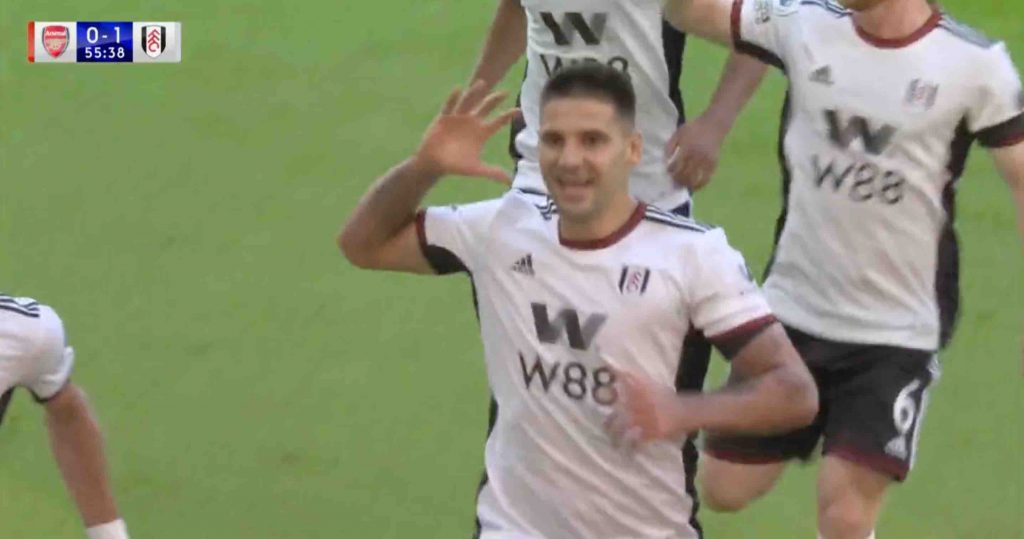 Aleksandar Mitrovic has netted his 100th Fulham goal at the Emirates to put Marco Silva’s side 1-0 up against Arsenal against the run of play.

Arsenal centre-back Gabriel was intercepted by a hungry Mitrovic just outside his own area, who kept his composure to finish past Aaron Ramsadle and give Fulham the lead in North London.

Admittedly, the pass from Saka puts Gabriel under a lot of pressure but the touch from the Brazilian was poor and gave Mitrovic a golden opportunity to snatch the ball.

GOAL! Mitrovic capitalises on a terrible mistake from Gabriel to give Fulham the lead 🤯 pic.twitter.com/A10D9TyR7V

The striker netted his 100th career goal for Fulham and increased his Premier League tally to four goals for the season, two behind Manchester City’s Erling Haaland with six.

Mitrovic is level with Leeds United forward Rodrigo with four each and has began the 2022-23 campaign with a bang after many doubted his abilities in the Premier League.

You can check out out the latest football betting sites to bet on Fulham and Mitrovic’s goal tally this season here!