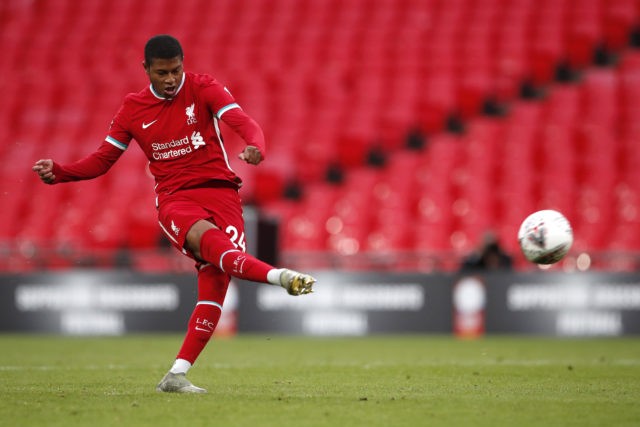 Sheffield United have made a £17m bid for Liverpool forward Rhian Brewster and they are willing to agree to the Reds’ demands for a buy-back clause, The Sun reports.

Brewster is regarded as one of the Reds’ most promising graduates, but he has yet to make his mark with the senior squad under Jurgen Klopp.

Hence, he has been linked with a potential exit from the Premier League holders and it is reported that the Blades have made a formal bid for his signature.

Chris Wilder has openly stated that he wants to reinforce the centre-forward position and the club have now made an offer of around £17m for Brewster.

It is added that they are willing to accept to the Reds’ requirement of a £40m buy-back clause to retain the player’s services in the coming years.

Aside from Sheffield, Crystal Palace have also been linked with a move for Brewster, who is open to returning to London, where he spent time in the Chelsea academy.

While the Eagles are prepared to outbid the Blades, they are said to be reluctant to include the option for the Reds to re-sign Brewster in the future.

Hence, Wilder’s side seem well placed to land the England Under-21 international, who has made four competitive appearances for the Reds in his young career.

Arsenal’s teenage striker Folarin Balogun is another player, who is on the Blades’ radar, but talks are still continuing after an opening bid of £3m plus add-ons was turned down.