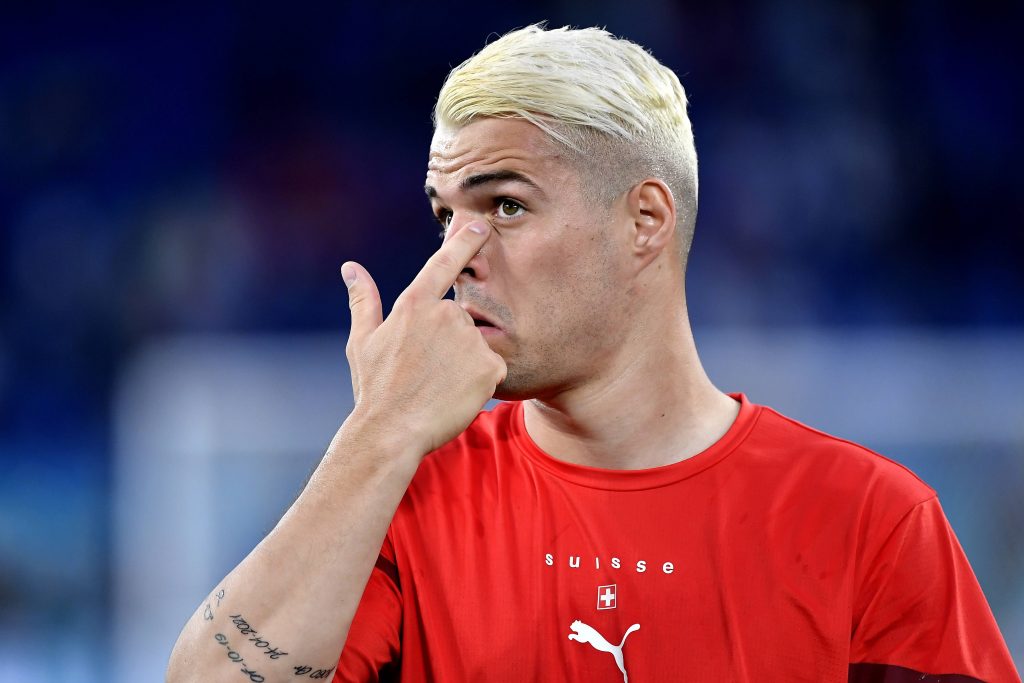 Xhaka has been heavily fancied to join the Giallorossi, and it was claimed last month that he had already agreed personal terms.

However, the clubs are yet to settle on the transfer fee. Roma have offered €15 million while the Gunners are looking for €20m.

The Giallorossi hope to negotiate a middle fee of around €18m. It is added that they want to finalise the deal by today or tomorrow.

Xhaka is reportedly prepared to cut short his holiday. He could arrive at the Giallorossi next week to complete the formalities.

Xhaka has been with the Gunners for the past five years, but he has struggled for consistency. He has received a mixed reception from the fans.

The club have already agreed a deal for Anderlecht midfielder Albert Sambi Lokonga. He is due to join them following his mandatory quarantine.

The capital outfit are actively looking for another experienced midfielder and have been heavily linked with Wolverhampton Wanderers’ Ruben Neves.

It appears the right time to part ways with Xhaka, who is reportedly open to working under Jose Mourinho.

After stand-out displays at Euro 2020, the Gunners are reluctant to lose him for anything less than the reported asking price on the table.

However, they may eventually accept a lesser fee for the Swiss as they also need additional funds for their spending spree this summer.