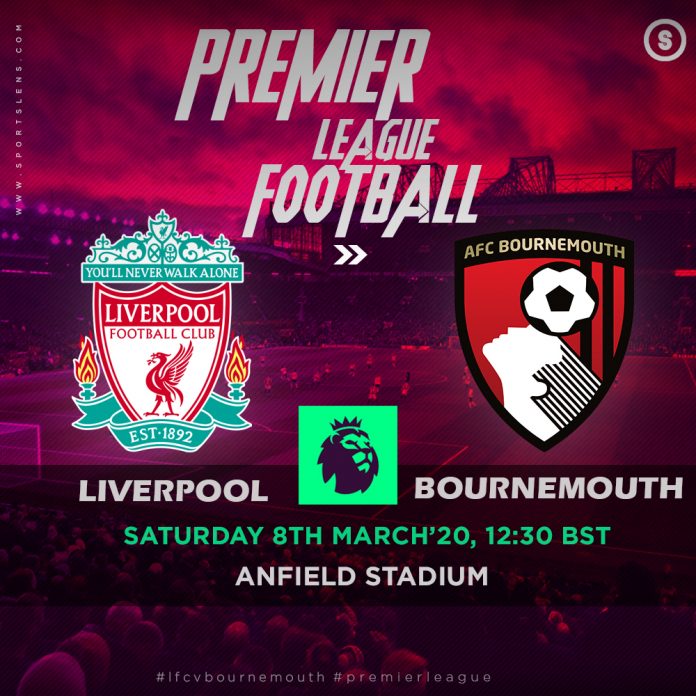 Liverpool will take on AFC Bournemouth in the Premier League at Anfield on Saturday.

The Reds are going through a mini-slump in form, having lost three of their last four matches in all competitions.

Jurgen Klopp’s side are heading into this match on the back of two straight defeats against Watford (in the Premier League) and Chelsea (FA Cup) respectively and will be looking to return to winning ways.

Ahead of the match, Liverpool have suffered a massive blow as first-choice goalkeeper Alisson Becker has been ruled out for a while with a muscle injury.

It means Adrian will now step into Alisson’s shoes. The Spaniard has done exceedingly well in Alisson’s absence this season, with Liverpool winning all 10 games in the Premier League whenever he started.

In defence, Trent Alexander-Arnold is likely to start in place of Neco Williams. Adam Lallana should make way for Gini Wijnaldum in midfield.

It remains to be seen whether Klopp sticks with 4-3-3 system and brings in either of Naby Keita or Alex Oxlade-Chamberlain in place of Curtis Jones, or stick with Takumi Minamino and brings in Firmino and Mohamed Salah to bolster the attacking set up in a 4-2-3-1 system.

In that case, Firmino, 28, is likely to play as a lone striker while the versatile Minamino could be deployed in the central attacking midfield role.