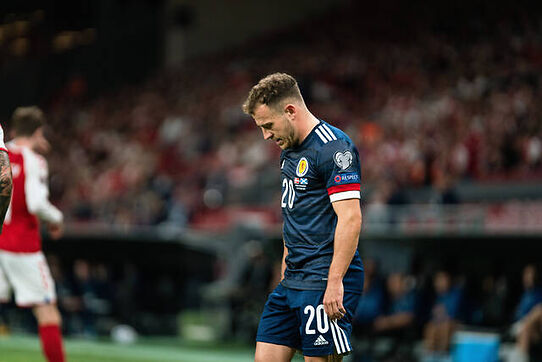 Newcastle United have suffered a massive blow ahead of their Premier League fixture against Manchester United with Ryan Fraser now picking up an injury whilst on international duty.

Fraser withdrew from Scotland duty with a knock. The winger has become the latest selection doubt for Newcastle ahead of their trip to Old Trafford.

He was pictured in protective boots and on crutches as he left the Scotland national team.

Scotland boss Steve Clarke has confirmed today that Fraser’s withdrawal was prompted by an injury complaint that he suffered in training.

Clarke told reporters: “Unfortunately Ryan Fraser picked up a knock in training which again with the short turnaround just means there’s no point in taking him.”

Earlier today we covered a report that the Magpies are likely to miss striker Callum Wilson through injury.

Steve Bruce’s side are missing quite a few key players as they attempt to pick up their first victory of the season this weekend.

According to reports from The Chronicle, Miguel Almiron could face a possible ban after the Premier League blocked the attacker from linking up with Paraguay for international duty.

Fraser, who is on £41k-per-week wages at St James’ Park, is likely to miss the trip to Old Trafford unless he makes a quick recovery.