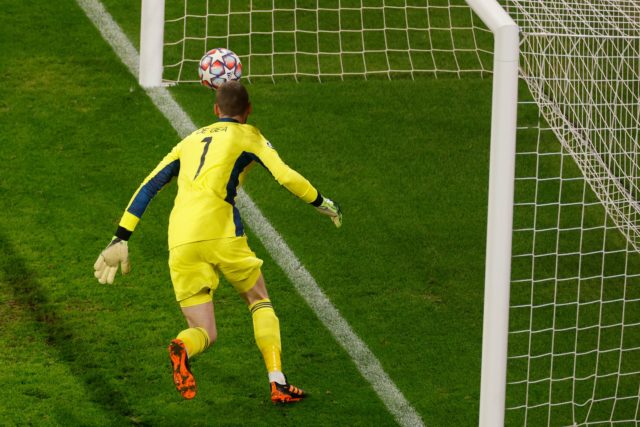 Manchester United suffered a big blow this week as they were knocked out of the Champions League following their 3-2 defeat against RB Leipzig.

It has been a turbulent week at Old Trafford, with news off the pitch once again dominating the headlines.

Paul Pogba’s agent, Mino Raiola, dropped a massive bombshell earlier this week where he claimed the midfielder won’t extend his contract at Manchester United, further hinting that his time at the club is drawing towards an end.

Popular football pundit Paul Merson has suggested that United’s biggest problem at the moment is not Pogba but their manager Ole Gunnar Solskjaer.

He wrote a column for the Daily Star criticising the United boss, where he suggested that Solskjaer has failed to make big decisions at the club.

Merson has criticised Solskjaer for failing to handle the Pogba situation properly. The former Arsenal player feels that the Red Devils boss is not ‘decisive’ enough, and that has been reflected in their Champions League campaign this season.

Former Tottenham Hotspur manager Mauricio Pochettino has been frequently linked with United, but Solskjaer has the complete support of the club hierarchy.

Manchester United find themselves seventh in the Premier League, a point and a place above Manchester City, ahead of their derby clash at Old Trafford on Saturday.

It’s a massive game for the Red Devils, and they would be looking to return to winning ways after a disappointing exit in Europe.

Merson has suggested that Solskjaer should drop first-choice United goalkeeper David de Gea, and start with Dean Henderson instead. The popular pundit has claimed that the Spaniard has ‘let him down’ this season, but he doubts whether Solskjaer has the courage to drop him to the bench.

“The Manchester derby is a massive game for Solskjaer now. And he has to make a big decision and drop David De Gea,” wrote Merson.

“De Gea has let him down. He needs to play Dean Henderson instead. But will he? Can he make the big decisions? He didn’t want to take Fred off and have the confrontation. He doesn’t like it. But it’s all too nice.”

Earlier this week, Manchester Evening News claimed that a number of United players feel Solskjaer should drop the Spanish goalkeeper for Henderson.

The 30-year-old shot-stopper is struggling with his form and received strong criticism from former players and pundits for his performance in the midweek fixture.

Henderson – who kept 13 clean sheets in the Premier League for Sheffield United last season – has struggled for regular games thus far. However, he started in the 3-1 win over West Ham last week, and many feel that he now deserves a run of games.

De Gea is a world-class goalkeeper, and he retains the faith of his manager. The United boss will find it really hard to drop him in the Manchester derby.