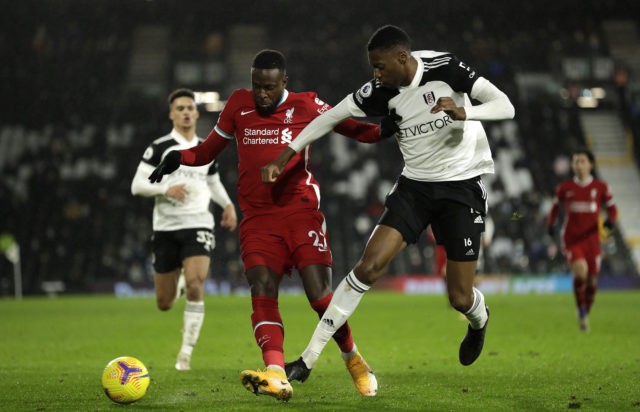 Many Liverpool fans want the Reds to sign either Pedro Neto or Daniel Podence from Wolverhampton Wanderers as a swap deal for Divock Origi.

According to reports from The Athletic (covered earlier on Sportslens), Wolves retain a long-standing interest in Origi, and the Belgian is one of their potential January targets.

Wolves previously tried to sign Origi in 2018 in a £22m deal, but the Reds striker decided to stay put and fight for his place at Anfield.

However, having played just seven minutes of Premier League football, he has dropped down the pecking order behind Diogo Jota and Takumi Minamino, and the Reds are ready to listen to offers for him.

Also, Origi’s best chances of regaining a place in the Belgium squad ahead of next summer’s European Championships is moving elsewhere where he is guaranteed regular football.

Wolves need to sign a striker this winter with Mexico international Raul Jimenez recovering after surgery on a fractured skull.

Having already signed Jota from Wolves during the summer, many Liverpool fans feel that the club should ask either Neto or £16m-rated Podence as a swap deal for Origi.

Both Neto (20) and Podence (25) have been in brilliant form this season, but Wolves are unlikely to sell them.

Neto or Podence please. And, don't try to say Liverpool won't sign any players on January. You said we won't get Thiago and Jota 😶

Give us either Adama or Podence as replacement! Lol

Cult legend and we’ll always have Barca at home, Everton at home and champs league final but at this point I’ll drive him there myself…

Good move for Origi. The arrival of Jota means he’s further down the pecking order now, so we can use the funds for a CB.

Podence plus £20m and they can have the legend that is Divock. 🐐

Origi is loved by the Liverpool fans, and he is a sort of ‘cult hero’ at the club. His best contribution for the club came in 2019 when he scored a brace in the Champions League semi-final against Barcelona and netted in the final against Tottenham Hotspur in Madrid.

This season, he has struggled to make an impact and has looked bereft of confidence. The Athletic claim that the Reds aren’t actively looking to offload him, but they won’t stand in his way if a good offer arrives.

Origi has a contract at the club till 2024, and Liverpool are expected to demand around £20m for him.

With Jimenez injured, Wolves have found goals hard to come by. Origi is a versatile and experienced striker to who fits the bill for Wolves. He has the habit of scoring goals at a stretch and could be a smart signing for them.