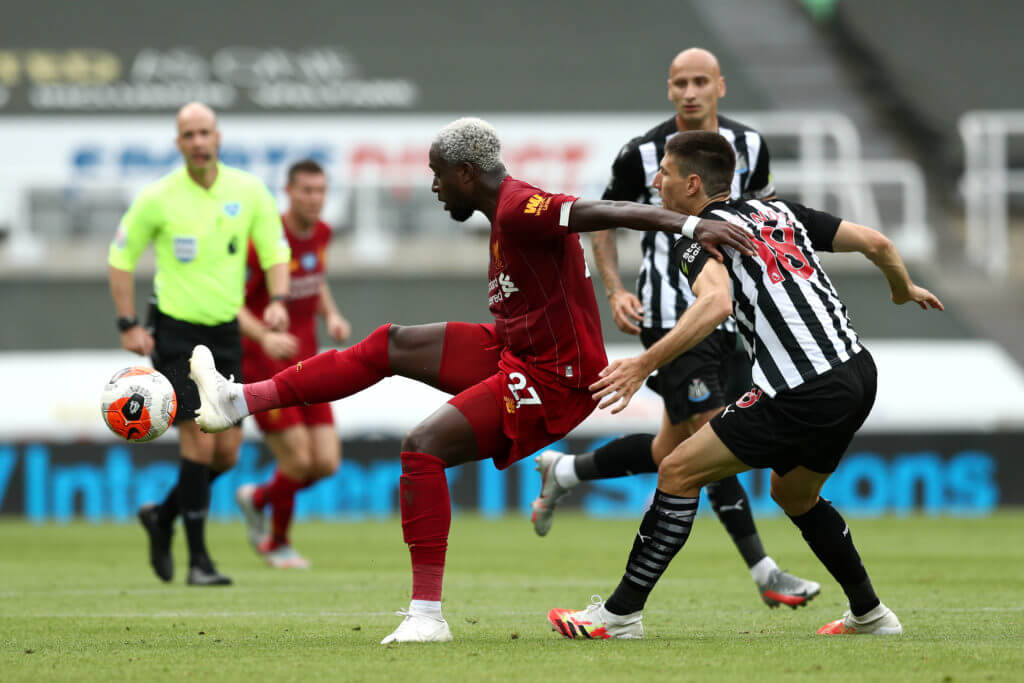 According to The Athletic, Wolverhampton Wanderers are keen on Liverpool striker Divock Origi ahead of the January transfer window.

Nuno Espirito Santo’s side are set to be without Raul Jimenez for a large chunk of the 2020-21 campaign following the fractured skull he sustained against Arsenal.

The Mexican striker has since undergone successful surgery, but Wolves want a quality backup option next month, with 18-year-old Fabio Silva their only senior primary striker.

They have also been linked with Dalian Professional striker Salomon Rondon and Brazilian striker Hulk, and they are also keeping tabs on around 20 others before making a final shortlist.

That includes Origi, who they tried to sign in the summer of 2018 in a £22 million deal.

The Belgian decided to remain at Anfield but has struggled for playing opportunities this term following the arrival of Diogo Jota from Wolves in the summer, featuring in just seven minutes of the Premier League campaign.

He will very much likely miss out on manager Roberto Martinez’s squad for next summer’s European Championship if he doesn’t play regularly in the coming months, and while Liverpool aren’t actively looking to sell him, they are open to letting him go for around £20 million.

Wolves have scored just 13 goals in as many league games, and they will be keen to recruit a proven finisher in the English top-flight next month as they look to improve on their seventh-place finish from the last two campaigns.

Origi played a key role in Liverpool’s Champions League triumph two seasons ago and has scored 35 goals in 147 appearances for the club since joining from Lille for £10 million in 2015, but he has largely played a bit-part role.

The 25-year-old has the needed experience and quality Wolves are looking for, and he could help power them to a top-six finish this term and going forward if snapped up next month.