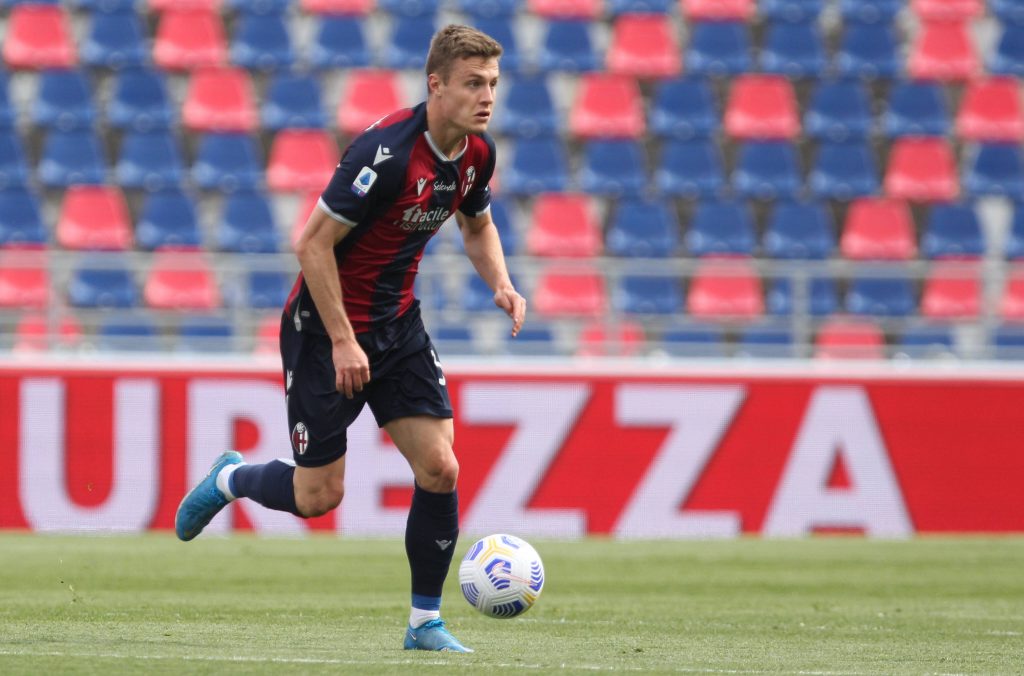 Leicester City and Southampton are among the Premier League clubs interested in landing the signature of Bologna midfielder Mattias Svanberg, Calciomercato claims.

Svanberg is in his third season with the Serie A outfit, where he has impressed with five goals and two assists from 28 league outings.

The 22-year-old was signed from Malmo for just €4.5 million in 2018, but Bologna are prepared to sanction his sale for around €20m this summer.

AC Milan and Inter Milan have expressed an interest in his services, but the Foxes and Saints are also said to be in the running to sign the Swede.

Svanberg has largely operated from the holding midfield role, and he has caught the eye with his ball-blocking abilities.

After three seasons with Bologna, he may want to pursue a big-club move, and there appears to be plenty of competition for his services.

The Saints have been able to recruit some quality young talent over the years, but they could struggle to lure Svanberg without European football.

The Swede may ideally want to remain in Italy with the high-profile offers from Milan and Inter, but the Foxes will be hoping to convince him.

The club are on course for Champions League qualification and will need more squad depth if they are to compete across four competitions.

It remains to be seen whether Svanberg is the main target for them, considering they have also been linked with Brighton & Hove Albion’s Yves Bissouma.

Bissouma is strong with his tackling capabilities, unlike Svanberg. His vast experience in English football makes him an ideal fit for the Foxes.