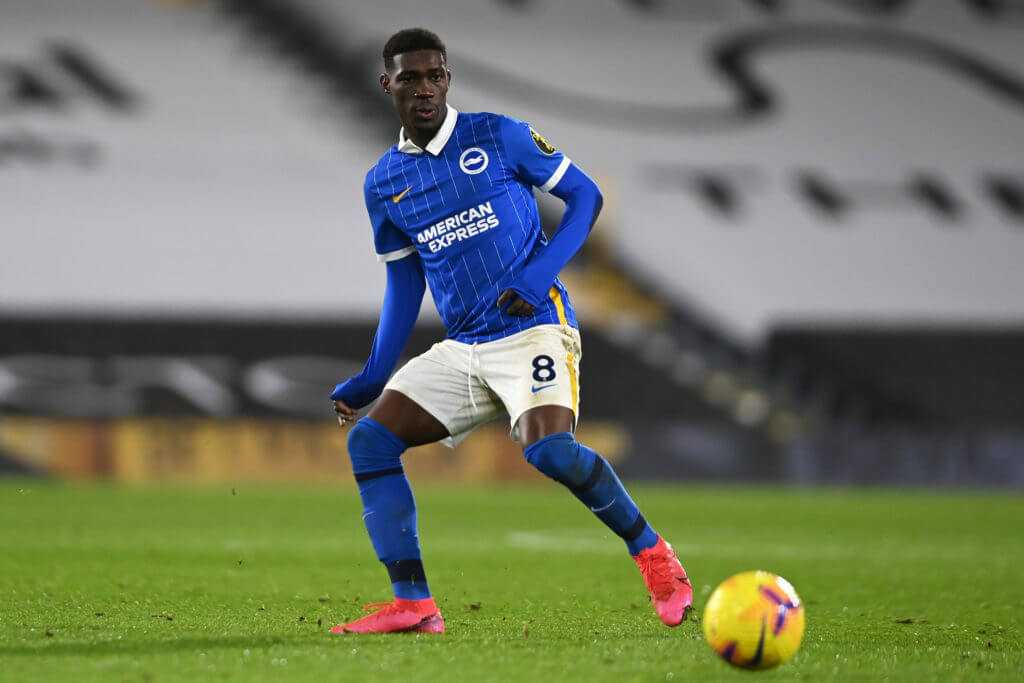 Leicester City are set to compete with Arsenal in the race to sign Brighton & Hove Albion midfielder Yves Bissouma this summer, The Mirror reports.

The Mali international is currently in his third season with the Seagulls and has developed into one of the best holding midfielders in the Premier League.

The 24-year-old has managed more tackles than any other midfielder in the top-flight, and he has also impressed with his range of distribution.

The Gunners are reportedly admirers of the midfielder, and they have already made contact with the player’s representative over a possible transfer.

They have a good chance of signing with Bissouma being a boyhood fan of the club, but Foxes boss Brendan Rodgers hopes to lure him with Champions League football.

The Midlands outfit are currently third in the table with an eight-point gap over fifth-placed West Ham United and are on course to qualify for the elite competition.

Rodgers has identified Bissouma as a potential midfield partner for Wilfred Ndidi.

Youri Tielemans and Ndidi have regularly operated in midfield, and both have impressed with their respective displays.

Tielemans has had a strong campaign in the central role, but Rodgers may want to play the Belgian further up the field next season.

Rodgers has recently gone with a back three for extra defensive assurance, but Bissouma’s arrival could allow him to play his preferred 4-2-3-1 formation.

Their potential return to the Champions League could tempt Bissouma, and they could also lure him with the guarantee of a regular starting role.

It has been reported that Gunners manager Mikel Arteta wants to partner Thomas Partey with Bissouma next term, but that would directly impact Granit Xhaka.

Xhaka has been pretty much an undisputed starter under the Spanish tactician, and Bissouma may not be assured a starting role in the league.