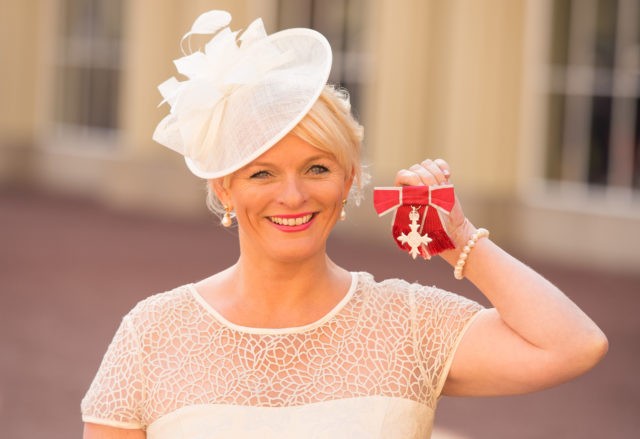 Everton CEO Denise Barrett-Baxendale has penned a heartfelt open letter; it has been appreciated not only by the Toffees’ fans but also by the rival supporters.

It’s been over 12 weeks since the country went down into the lockdown mode due to the coronavirus pandemic, and it has impacted everyone at Everton.

In the letter, she starts off with the present scenario at the club. She has suggested that all the players are safe, have been back in training at USM Finch Farm, and they are looking forward to their first competitive fixture in over 14 weeks.

She says that it will be an unfamiliar situation to see Goodison Park without its fans, but at the same time the club CEO has urged everyone to stay at home and watch the game on television.

The global economy has changed due to the coronavirus pandemic and a lot has been written about the impact on football finances. With the clarity on the return to play comes a better understanding of the scale of the financial losses faced by the club.

She claimed that after the club took the decision to close the sites back in March, everyone associated with the club – players, coaching staff, Board, Executive Leadership Team and senior personnel – came forward to express their desire in protecting the club.

“The Board of Directors, together with our manager, his backroom team, the nine members of the Club’s Executive Leadership Team, and other senior staff, voluntarily agreed at the very start of this crisis to reductions and deferrals in salary of up to 30%. Those Club personnel have been supported by the First Team squad, who have voluntarily agreed to deferrals of up to 50% for the next three months.

Everyone taking reductions and deferrals has volunteered to do so and – on behalf of the Board and, I am sure, every Evertonian – I would like to express my sincere thanks to every single one of them for demonstrating such integrity and honour in helping the Everton Family through this challenging time.”

This remarkable solidarity showed by members of the club has helped to maintain the salaries of all ‘Everton and Everton in the Community full and part-time employees’.

Not only Everton fans, but Liverpool fans have also acknowledged this move on social networking site Twitter. The Reds initially decided to use the government furlough scheme, but later they changed the decision after facing public backlash. Here are some of the selected tweets:

Great lesson to learned here ..As LFC fan have to admit its tremendous what the club is doing for its employees..YNWA

I’m an LFC fan and agree there is a hell of a lot to admire about your club. This included

as a liverpool fan i support this, she cool, stay safe u blues x