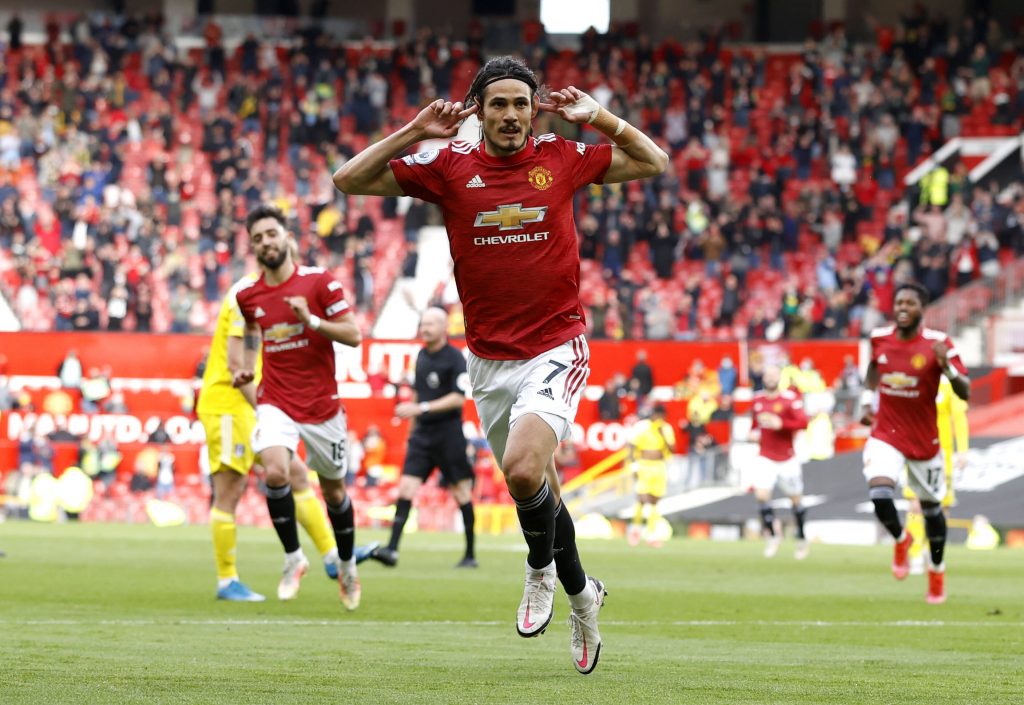 Manchester United welcomed fans back to Old Trafford with a dismal 1-1 draw with relegated Fulham on Tuesday night, although Edinson Cavani scored a wonder goal with a sublime chip.

The veteran striker may have scored the goal of the season following a masterclass lob over his former Paris Saint-Germain teammate Alphonse Areola.

However, the Uruguay international opted for a long-range first-time chip over the keeper instead of taking another touch after spotting Areola way off his line.

It was a perfect gift for 10,000 fans, who returned to Old Trafford for the first time since the beginning of the coronavirus pandemic.

Unfortunately for the Red Devils, Fulham back into the game through Joe Bryan, who latched onto Bobby Reid’s inch-perfect cross to put things back to square one.

It was United’s third consecutive Premier League match without a win following back-to-back defeats to Leicester City and Liverpool.

Meanwhile, Cavani has joined Teddy Sheringham and Zlatan Ibrahimovic in a distinguished group of United players to hit a 10-goal landmark in a single campaign at the age of 33.

Additionally, the PSG all-time top scorer has tied fellow countryman Diego Forlan’s record for most goals netted by an Uruguayan in the red shirt.

It took Forlan 98 outings to notch up 17 goals, but Cavani has hit that figure in just 39 matches and could shatter the record when United take on Wolverhampton Wanderers on the final matchday.

The Uruguayan marksman has been involved in five of United’s last 13 Premier League goals, scoring four and laying on one assist in the process.