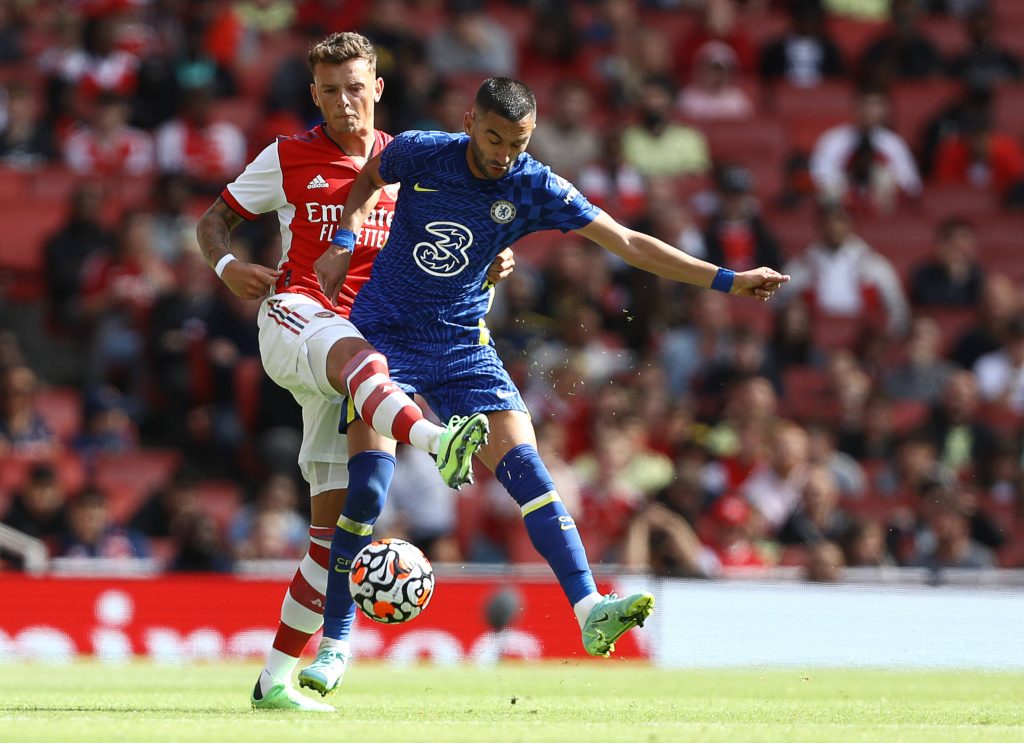 A selection of Arsenal fans on Twitter heaped praise on Ben White following his impressive performance against Chelsea on Sunday afternoon.

The 23-year-old centre-back made his friendly debut for the Gunners against the Blues after coming on as a half-time substitute for Rob Holding.

He produced a lively performance, producing two goal-saving interceptions, one of those denying Hakim Ziyech, who looked destined to score.

The Gunners recently made a statement with the £50 million purchase of White. He caught the eye of several fans with an impressive debut.

One of positives for Arsenal today. pic.twitter.com/QlZOlTcOjN

INSANE block. That why we paid £50 million for Ben White. Superb challenge

He was excellent. Played right in front of where we were sitting. Was class. Tierney also played really well. Was often free and should of been passed to more.

Coming away from the game with more negatives than positives though, and considering the season hasn’t started that’s…worrying.

White showed confidence on the ball after just a couple of training sessions. He should only get better when he gets to know about his teammates on the field.

The £120,000-a-week star is widely expected to partner Pablo Mari when the Gunners take on Brentford in the Premier League opener on August 13.

Gabriel Magalhaes is the other left-footed centre-back in the squad, but he is currently out with an ankle injury sustained in training with Brazil last month.

The Gunners were far from impressive with their performance against the Blues. They ended up suffering a disappointing 2-1 defeat at the Emirates Stadium.

The game should have ended in a draw. Joe Willock’s goal was denied by the assistant referee even though the ball had crossed the line.

There is still plenty of improvement ahead of the new campaign. The club have one more pre-season game against Tottenham Hotspur on August 8.