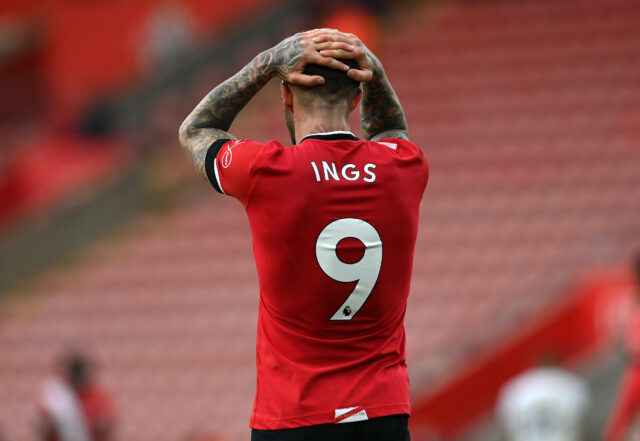 Danny Ings could be one of the strikers to be in demand this summer.

The 28-year-old, who dazzled last season for Southampton, has made it clear that he won’t sign a contract extension at St Mary’s.

He has 12 months left on his current deal, and the Saints are keen to keep him at the club. However, it has reached a point where they are resigned to losing him.

talkSPORT journalist Alex Crook has suggested that Ings is holding out for Manchester United or Manchester City to make an offer for him.

Reports recently emerged that City have registered their interest in signing Ings as they look to fill the void left by Sergio Aguero.

City are reportedly keen to land Harry Kane from Tottenham Hotspur and have had their opening bid of £100 million rejected.

During the show, former West Ham striker Carlton Cole asked: “So he wouldn’t go to West Ham because West Ham need a striker?”

Crook replied: “I don’t believe so.”

Ings has been linked with a move to several clubs, including Tottenham Hotspur, but it is unlikely that he would join them.

He is probably looking to join a bigger club where he will have a chance to win trophies.

Chelsea are also reportedly keen on signing Ings, and he may fancy a move to London if they come up with a decent offer.