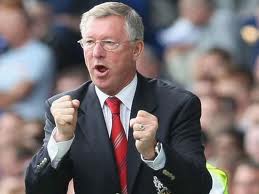 Old Trafford may be the Theatre of Dreams but for Tottenham it has been a Chamber of Horrors, with Spurs without a win in 23 years at Old Trafford and 20 of their last 23 matches there being defeats. There have been not just defeats, but in the case of the 5-2 defeat in 2009 when Spurs were 2-0 up until Howard Webb gave United a fortuitous penalty and sparked a wave of five United goals in the time it takes to make a nice cup of tea, the sort of damaging, soul crushing defeats that hurt a team’s psyche for years to come.

Spurs’ appalling recent history at Old Trafford is consistent with their dismal record away to the big Premier League sides. Their away record in 2012 against any team is very poor for a team of Spurs’ calibre, with eleven away league matches seeing only two wins and ten points in total. Those wins came against Bolton, who were relegated, and Reading who look likely to be relegated.

Against top sides, Spurs have struggled mightily for a number of years. Last year eight games home and away to Arsenal, Chelsea and the Manchester clubs gleaned only five points. Three of the away games were losses, with Arsenal’s 5-2 demolishing of Tottenham a defeat that Spurs have arguably never recovered from. It started the run of six points from nine games that saw Spurs lose third place to Arsenal and Harry Redknapp lose his job.

In the Premiership’s twenty year life, eighty combined away games to Manchester United, Arsenal, Chelsea and Liverpool have seen only four wins for Spurs. One win in every twenty. Obviously there are few, if any teams who have good records on the road to the highest finishing sides but Spurs have done particularly badly

The reasons for this run are varied. Before Martin Jol and Frank Arnesen breathed life back into a moribund club, Spurs were simply not good enough to go away to top sides (Chelsea weren’t even a top side for most of those twenty years) and get good results. Bad managers and bad players culminated in bad teams who went to places like Old Trafford, Anfield and Highbury well beaten before the coach set off from Spurs Lodge.

Under Martin Jol, Spurs improved massively but were still unable to get the job done away from home to good sides. With Jol it was a matter of poor fitness and a lack of self-belief. Paul Robinson and Tom Huddlestone’s ever expanding waistlines were proof of the laissez-faire attitude Jol appeared to have to fitness and on-pitch longevity.

In many games where Spurs had to put in the extra exertions required in the toughest games, they were simply too tired to do so. The FA Cup tie at Stamford Bridge where Spurs relinquished a 3-1 lead to draw 3-3 with Jose Mourinho’s irrepressible Chelsea was a microcosm of Spurs under Martin Jol; An improvement on before, but never quite made it to the top group of teams.

Under Harry Redknapp it was a matter of tactics. Spurs may have been fitter (the one lasting legacy from Juande Ramos’s Reign of Error) and had better players, but were often outmanoeuvred tactically. The 5-2 defeat to Arsenal, where in the second half Spurs’ radical new formation of Sixes and Sevens culminated in a shocking, humiliating defeat to their hated rivals was a perfect example of Redknapp’s lack of tactical nous.

That said Redknapp did give players extra belief which did result in improved performances. Under Jol, players and fans never had the confidence needed to see out games, to turn leads into wins and not into draws or gut-wrenching defeats. Spurs repeatedly took the lead in games against Arsenal but could never wangle a win.

Redknapp changed that. Spurs going away to Manchester City needing a win to qualify for the Champions League, battering City and winning was sign of their improved mentality. Wins at Anfield and at the Emirates when Spurs were 2-0 down, completely outplayed throughout the match but still managed to win, suggested that Spurs may finally have developed a winning mentality. Their displays though last year away to the best sides suggested this still wasn’t the case.

Tomorrow will be Villas-Boas’s first match as manager of Spurs against one of the renowned big sides. As coach of Chelsea, in the case of their 3-1 defeat at Old Trafford famous for Fernando Torres missing that open goal, and their 3-3 draw at home to United, his team promised much but delivered little. Villas-Boas though did surprise people by attacking United and not telling his teams to sit back like most managers do. Tomorrow, it is expected Spurs will do the same.

Central midfield is an area where Tottenham will look to dominate. Spurs should have an extra central midfielder compared to United, and in Sandro have a player who will relish the task of disrupting whichever two players Sir Alex Ferguson will select in that position. Mousa Dembele, who before his move to Spurs had a terrific game for Fulham against United will also be confident of another strong powerful performance.

Even last year, when injuries and Luka Modric having a sulk meant inexperienced Jake Livermore and out of position Niko Krancjar started in central midfield at Old Trafford, Spurs were not outplayed in midfield until United scored after an hour. This is an area Villas-Boas will look for his team to dominate, and where they must dominate if they are to have any chance.

The fact Spurs will be so determined to win the midfield battles in emblematic of just how lacking United are in that position. They have an assortment of attacking riches in Van Persie, Welbeck, Hernandez, the returning Rooney and new signing Kagawa but despite scoring 12 goals in their last four league games are yet to make best use of their talent in forward positions.

Creativity is still an issue in the United midfield, with Tom ‘TC23’ Cleverley not in the best of form and Paul Scholes at the age of 37 the only midfielder truly capable of unlocking defences. Protecting the defence has also been an issue for United’s midfield, though the long awaited return of Darren Fletcher should help with that particular problem.

United may be lacklustre in midfield, depleted by injuries in defence, yet to perform especially well in any match this season and Ferguson may still be unsure of what his best team is. But for all those problems they have six consecutive wins in all competitions, are scoring plenty of goals and are reeling off victory after victory despite not playing at their best. If and when United do truly click and utilise the offensive talent they possess to its full potential, they will morph into a brilliant side as opposed to the functional, good but not great side they are currently.

They will be favourites to beat Spurs tomorrow and deservedly so. Their record against Spurs at home is supreme, they’re in a good run of form and currently they have that dogged, Fergie-inspired mentality where whatever shape a match takes they will find a way to win, however ugly or fortunate a victory may be.

That mentality is what Spurs lack currently and what they need to develop. They conceded late equalisers at home to Norwich and West Brom, drew at home to Lazio in the Europa League despite dominating and struggled to wins against Reading and QPR. They are improving under Villas-Boas and are showing ever more signs of understanding his style of play, but still don’t have the attitude of winners. Something United have in spades.

Can Spurs, at Old Trafford, having struggled to win games this year, with such a dismal record at that ground, truly banish the bad memories of yesteryear?

Think of Pedro Mendes’ goal that never was, the aforementioned 5-2 defeat sparked by a wrongly awarded penalty, the 5-3 defeat at White Hart Lane after being 3-0 up at half-time, the bizarre Nani goal when Heurelho Gomes, not sure of whether a free kick had been awarded, let Nani sidefoot home when every other player had stopped playing. Can Spurs really swat those memories aside, upset the applecart and get a good result tomorrow?

Frankly, you’d be inclined to doubt it.