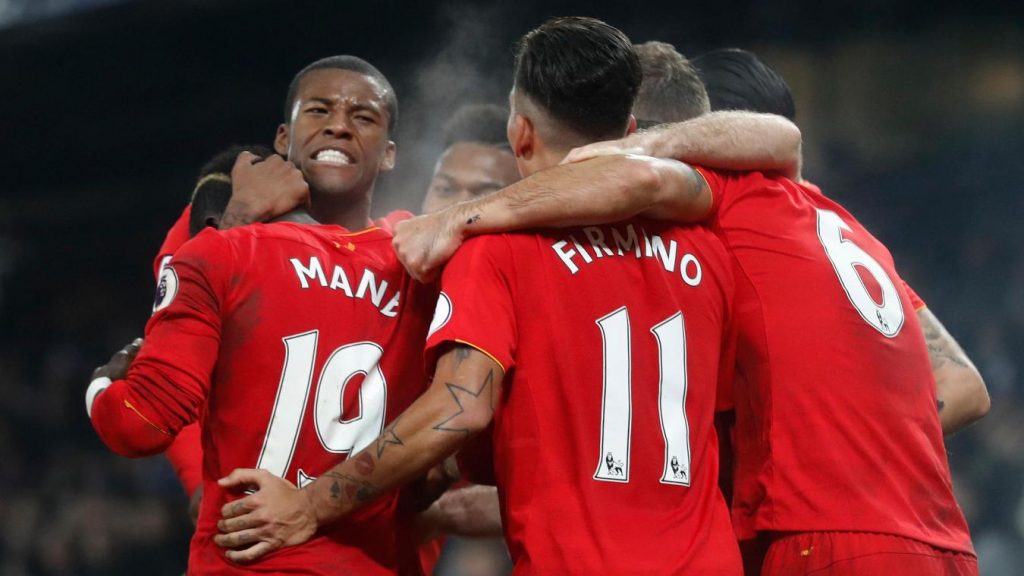 Liverpool are currently second in the Premier League, yet their title challenge could derail this month. The Reds only have three league games in January, but their cup fixtures have made for a relentless first month of 2017 for them.

They face Southampton in the EFL Cup’s two-legged semi-finals, have an FA Cup third round replay at Plymouth Argyle, and square off to Manchester United, Swansea and Chelsea in the league: a demanding set of six games in 20 days.

Liverpool are five points behind Chelsea in the title race. Jürgen Klopp’s side are well and truly in the title picture, something that doesn’t happen more frequently at the club. The Reds have also scored the highest number of goals (48) in the league, evoking memories of their last great but ultimately failed title challenge in 2013/14. Liverpool haven’t often been title challengers in recent years, hence the focus on the league will be greater for the club as well as their fans.

That focus for the club is under pressure given the Reds’ January fixture list. Liverpool’s low priority for the FA Cup was evident when they named their youngest-ever line-up in the third round against Argyle, only to see the move backfire and another tie added to the fixture list.

While the Pilgrims relish the chance of hosting the Reds at Home Park, deflation set in at Liverpool following the 0-0 draw. To their credit, the youngsters in red gave a good account of themselves, something that bodes well for the club’s future.

Yet, there is the problem that arises with the scheduled replay. The fourth round games of the FA Cup start on the weekend of 28th January, hence the replay on the only free week of the month. The game in Plymouth is on Wednesday, 18th January, three days after Liverpool’s derby game against Manchester United at Old Trafford.

The Reds can ill-afford to drop points against United, given how Chelsea’s loss to Tottenham on 5th January left a bitter taste as Liverpool dropped two points at Sunderland.

Liverpool have won 15 FA and League Cups combined, and their proud history with the cups will face a test as their title challenge is on the line.

With just two games away from a Wembley final for the EFL Cup, the two legs against Southampton gain more importance, but a third round FA Cup loss to a League Two side also won’t be an ideal advert for Klopp’s time at the club. Besides, the German’s affinity for youngsters is well-documented, so the FA Cup replay will also test his faith in the young players to deliver the result.

Perhaps only the Swansea game could be a respite, but you can never rule out a freak result. Liverpool went to Newcastle United in December 2010 in turbulent times for the Magpies. Alan Pardew had only replaced Chris Hughton in the Newcastle dugout, and in his first game, his team defeated Liverpool 3-1. Swansea are under new management as well, hence they could prove to be a banana skin for the Reds, who have the propensity to fall into such traps.

Being clear about their priorities is the only way Klopp can successfully navigate the January helter-skelter. While the clamour is for the league, it isn’t easy to let a cup opportunity pass. As their history suggests, the Reds pride themselves in winning trophies. Another League Cup in the cabinet would be welcome. The FA Cup as well.

However, with a stretched squad, competing on three fronts was always going to be tough for Liverpool. Klopp has touched upon the luck factor a number of times during interviews, and he hasn’t had much luck with injuries and absences.

Sadio Mané is in Gabon for the African Cup of Nations, Philippe Coutinho hasn’t played since November 2016, Danny Ings is out for the season, Roberto Firmino has off-the-field difficulties to deal with, and Daniel Sturridge is still not considered a first-choice. Problems like those are plenty at Liverpool, and the demanding schedule amplifies them.

With all the aforementioned issues with his attackers, it looks as if the Reds could be better off being out of one of the competitions they are currently in. But, Klopp has unfinished business in the League Cup, of which he lost the final last year, and going out against lowly Argyle in the FA Cup is a non-starter.

That leaves the league, which looks to be tailor-made for Liverpool to win this season because of no European football. Arsenal apart, all the other contenders are either in flux or going through a phase of change. Chelsea, United and Manchester City are under new management, while Spurs are cutting costs before their new stadium gets built.

Klopp’s Reds are in a dilemma. They also won’t have their best players at their hundred percent for what could be the most important month of their season.

“League titles are won in the last eight games, but they are lost in the first eight.”—Pep Guardiola.

Liverpool are in neither phase at the moment, and they had a good first eight games of the season. Whether that first part holds true will depend on how January pans out for the Reds.

Dynamism is inherent in football, and the dynamics of Liverpool’s 2016/17 season hinge on their games in January, starting with tonight’s cup tie.