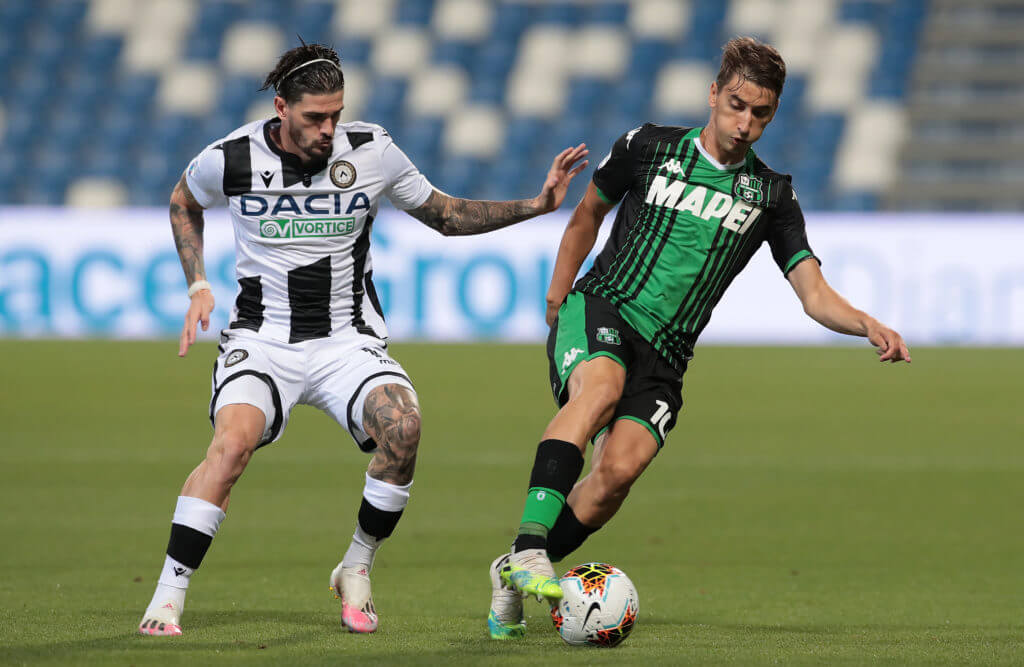 It is an open secret that Leeds are interested in signing Rodrigo De Paul from Udinese, and the player has provided ample hint that he is keen to join the Elland Road club.

And yet, David Ornstein of The Athletic feels that Leeds are unlikely to pull off a deal for him. Earlier this month, De Paul liked a Leeds-related tweet and now has replied to a transfer claim with a ‘Yes’ on Twitter (which he quickly deleted), leaving the club supporters confident that he wants to join the Whites this summer.

Leeds have signed two players already this summer in Robin Koch and Rodrigo, and if the reports are to be believed they are looking to bring in more new faces.

Phil Hay of the Athletic, however, feels that Leeds are taking their time to assess the situation and despite clear interest from De Paul, the Whites are in no hurry to rush through with the deal.

The reason is simple. Udinese are demanding a fee in the region of £40m, which Leeds are unwilling to meet. Also, the Yorkshire club have other targets in mind as well.

not on the basis of him liking tweets etc. Leeds know he’s keen but the entire thing depends on the fee

it’s not that. It’s do we pay the fee they’re asking? In Italy they’re saying Udinese want close to £40m

two things – fee and Leeds still weighing up what they want to do.

It remains to be seen how Leeds approach the rest of the summer transfer window, and whether they make any formal move for De Paul.