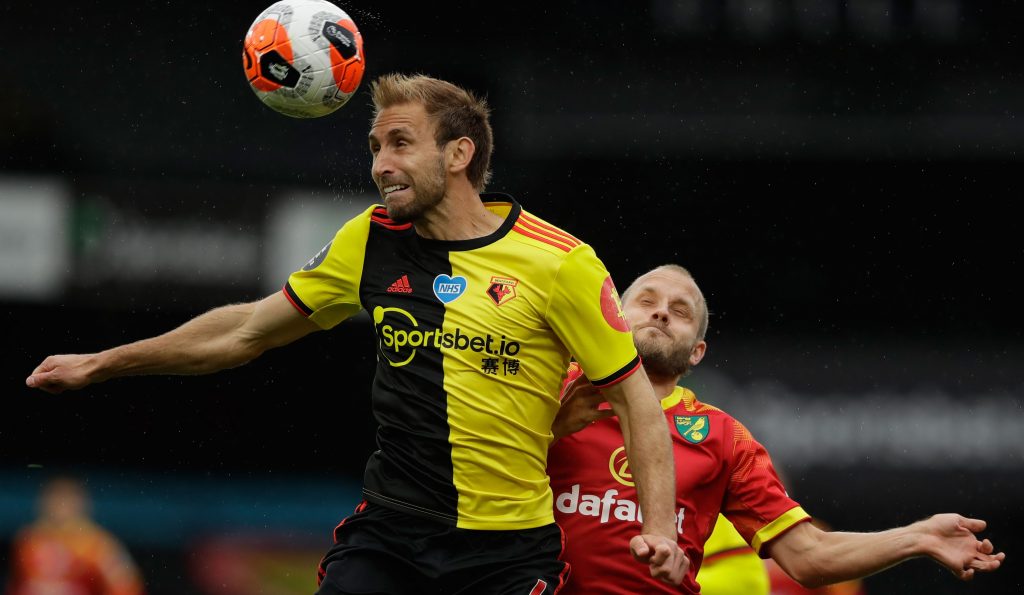 West Ham United are looking into a deal for Watford’s Craig Dawson as they aim to reinforce the central defensive department, The Daily Mail claims.

The Hammers have experienced a tough summer transfer window and they have made just one new addition to the squad in right-back Vladimír Coufal.

They are likely to make a few more signings and it is widely known that the purchase of a new centre-back is one of the priorities for David Moyes.

Earlier last month, they were keen on landing the services of James Tarkowski from Burnley, but they were priced out of the move as their final £30m offer was rejected.

Saint-Etienne’s Wesley Fofana emerged as an option thereafter, but they were beaten to the player’s signature by Leicester City this week.

It is now revealed that the east London outfit are weighing up a move for Dawson, who has vast experience of playing in the top-flight.

The 30-year-old has managed 182 Premier League appearances in his career and the Hammers seem keen on offering him a return to the top-tier.

Dawson spent nine seasons with West Bromwich Albion before he made the switch to the Hornets last summer.

He was a regular during the course of the previous campaign, but was unable to help them avoid the drop to the Championship.

Unlike Tarkowski and Fofana, Dawson is not a high-profile name, but he could be a stop-gap option for the club this summer.

The international transfer window closes at 5pm on Monday, but the Premier League sides can trade with EFL clubs until October 16.

Suppose the Hammers are unable to land any of their top central defensive targets, a deal for Dawson could be a likely outcome.