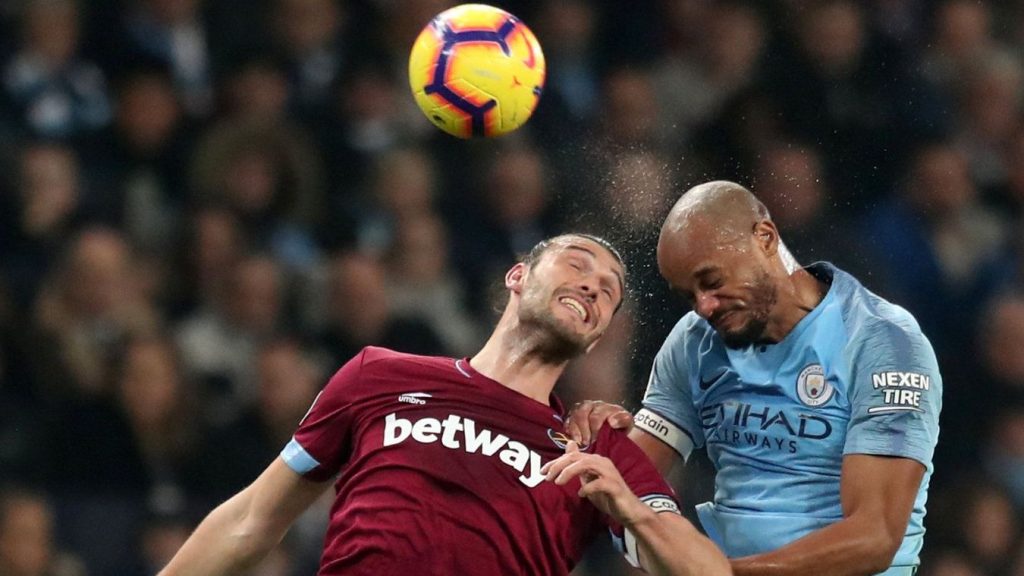 West Ham crashed to a 1-0 defeat against Manchester City in the Premier League last night.

On another day, the Hammers could have easily got something out of the game.

Manuel Pellegrini’s men were thoroughly outplayed but they defended really well all game. They will be disappointed to have conceded the second half penalty.

Bernardo Silva went down after a very soft touch and City capitalized on it to win the game.

There were quite a few impressive performances from the West Ham side but striker Andy Carroll managed to disappoint.

The towering frontman struggled to get into the game and City dealt with him comfortably.

The £90k-a-week striker had the chance to put his side ahead but he could not beat Ederson.

West Ham fans seem upset with the striker’s performance and they have taken to Twitter to share their thoughts on his display.

If Andy Carroll wasn’t a waste of fucking space, we could genuinely have won that #mciwhu #COYI

1. Andy Carroll needs to fuck off
2. Fabianski is 2nd best gk in the league
3. Fredericks class
4. Ogbonna is our 2nd best centre half behind Diop
5. KDB is a stropppy cunt
6. The top clubs pay the refs
7. Nasri and lanzini both starters
8. Antonio is beyond shit

We will very rarely stand a chance with Andy Carroll up top. I really can’t wait to see the back of him.

Same old hammers crying again
If Andy Carroll could finish you would of had your point you long for tonight ?

I thought that he tracked back well, yes going forward he was a bit of a ghost as was the whole team, but quite how Andy Carroll has mostly escaped criticism is beyond me, hardly won an aerial duel and was lazy when tracking