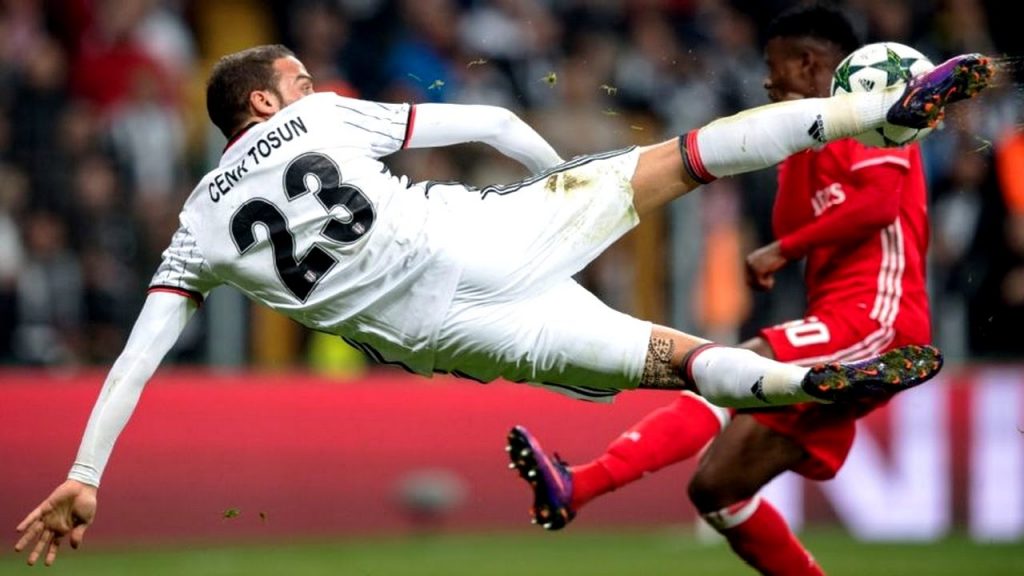 Tottenham have been linked with a move for Besiktas striker Cenk Tosun.

Crystal Palace and Newcastle both considered signing the 26-year-old during the transfer window, with the Turkish club demanding around £12 million for the forward.

Tosun was on target during Besiktas’ impressive 3-1 win over Porto in the Champions League last week and the Daily Mail says a fee of nearer £20m would be needed to prise him away from the club.

The striker scored 27 goals last season as Besiktas retained their the Turkish title.

Tottenham’s interest in Tosun appears unusual, especially as he would be unlikely to be in the frame for a regular start.

Spurs already have Fernando Llorente and Heung-Min Son to support Harry Kane and should be setting their sights higher than Tosun if the club is to make the step up to the next level.

Real Madrid target Timo Werner recently indicated he’d be open to a move to the Premier League and he’s the sort of player manager Mauricio Pochettino should be looking to add to their squad.

An injury to Kane would thrust Llorente or Son into the goalscoring spotlight and neither appeal as the sort of players to lead a challenge for silverware.

A move for Werner rather than Tosun would give them the firepower needed to challenge the top sides.