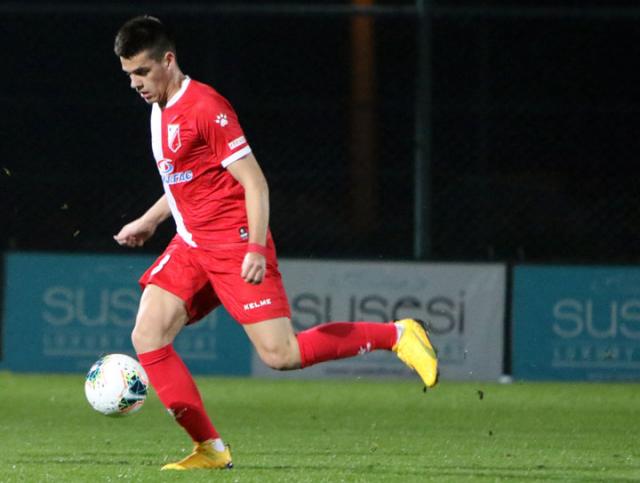 Tottenham Hotspur are among a number of Premier League sides monitoring the progress of teenage midfielder Dejan Zukic at Vojvodina, a report from The Star claims.

The north London side are likely to make new signings in the next transfer window but their spending could be limited due to the financial impact of the coronavirus pandemic.

As a result, the focus may lie on bargain deals or free transfers this summer and Zukic is one of the players, who is being tracked by the capital outfit.

According to The Star, the likes of Arsenal, Everton, Leicester City and Southampton are also looking at the young midfielder, but Spurs are currently showing the ‘most interest’.

The 19-year-old has had a good breakthrough season with Serbian top-flight side Vojvodina where he has registered six goals from 28 appearances in all competitions.

Only three of those outings have, however, come from the first XI. His most recent start came against Javor-Matis last weekend where he scored a brace in a 3-1 win.

While Zukic has made most of his goalscoring contributions from the attacking midfield role, he has also been deployed as a left-winger or a centre-forward by his club.

Mourinho has shown that he is prepared to trust young players with the likes of Oliver Skipp and Japhet Tanganga getting opportunities since the turn of the year.

Zukic has yet to taste first-team football in a top European league, but his potential to play in different attacking positions may have caught the manager’s eye.

It remains to be seen whether the capital outfit will make a formal bid for the youngster, who has represented Serbia from the Under-16 to the Under-19 levels.

Meanwhile, in other Spurs news, the club are said to be considering the possible sale of four first-team players in order to recoup funds for new purchases.

Danny Rose and Kyle Walker-Peters, who are currently on loan at Newcastle United and Southampton respectively, could be offloaded by the club this summer.

The positions of Eric Dier and Serge Aurier are also being assessed. The duo have remained a key part of Mourinho’s plans, but their displays have been inconsistent this term.

Elsewhere, Jan Vertonghen appears certain to leave the club on a free transfer. The Belgian has no desire to put pen-to-paper on a fresh contract. His current deal expires on June 30 but Spurs are hoping to convince him to stay until the 2019/2020 season concludes.