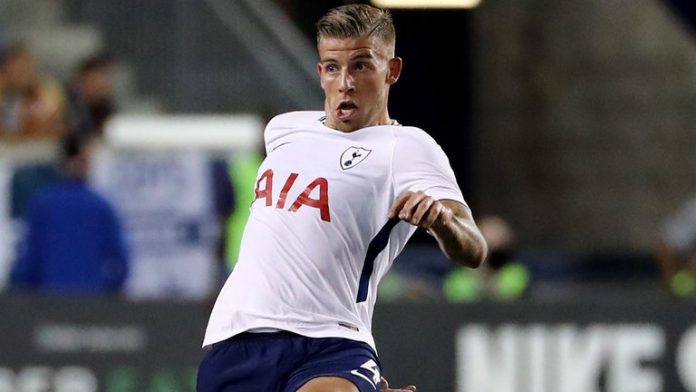 Chelsea are set to make a big-money move for Spurs defender Toby Alderweireld.

The Sunday Times claim that chairman Daniel Levy has refused to increase the centre-back’s salary to the club’s £80,000-per-week ceiling, a decision that has alerted their London rivals to the possibility of a transfer.

The 28-year-old is currently on £50,000-per-week, significantly less than the likes of Harry Kane and Hugo Lloris.

Chelsea have been linked with Southampton’s Virgil van Dijk for most of the summer, but the Saints have insisted the player is not for sale.

Spurs strengthened their defence last week with the signing of Davinson Sanchez, increasing competition for places at the club.

Tottenham hold an option to extend the Alderweireld’s contract until 2020, with a release clause of £25 million activating in 2019 when Alderweireld turns 30.

The Belgian international has made over 100 appearances for Spurs since signing from Atletico Madrid in 2015.

Spurs may be reluctant to sell another defender with Kevin Wimmer heavily linked with a move to West Brom, giving Alderweireld a strong bargaining tool ahead of the close of the transfer window.