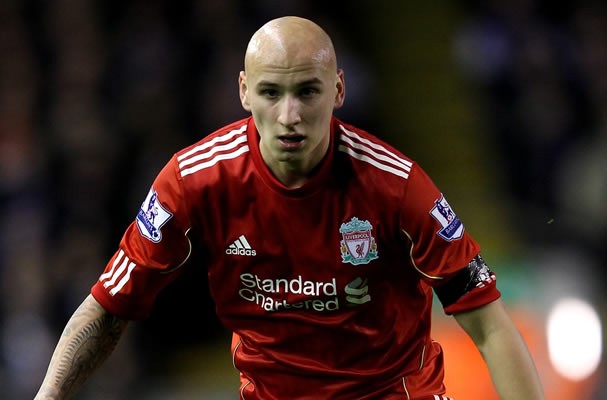 Liverpool have accepted a £6M bid from Swansea City for midfielder Jonjo Shelvey.

The 21-year old made 69 appearances for the Merseyside giants, but more than half of them were from the bench. During his three years with Liverpool, Shelvey averaged just 50 minutes of playing time per game.

Despite his young age, the England U21 international was frustrated with the lack of starts for Liverpool, and was said to be keen on seeking out first-team football elsewhere to aid his development.

This season saw Shelvey make 19 Premier League appearances, but only nine starts. Swansea City manager Michael Laudrup is keen on signing the English midfielder as he looks to bolster his side for the upcoming Europa League campaign.

Shelvey’s move to the League Cup holders was originally reported to be a season-long loan, but the Welsh side have now opted to take him on a permanent deal.

With both Swansea and Liverpool agreeing terms, Shelvey now has a decision to make. He is expected to meet Swansea’s representatives for talks in the coming days, where he then could be announced a Swansea player.

The 21-year old England international has made just one appearance for the senior side, but featured twelve times for the U21s.