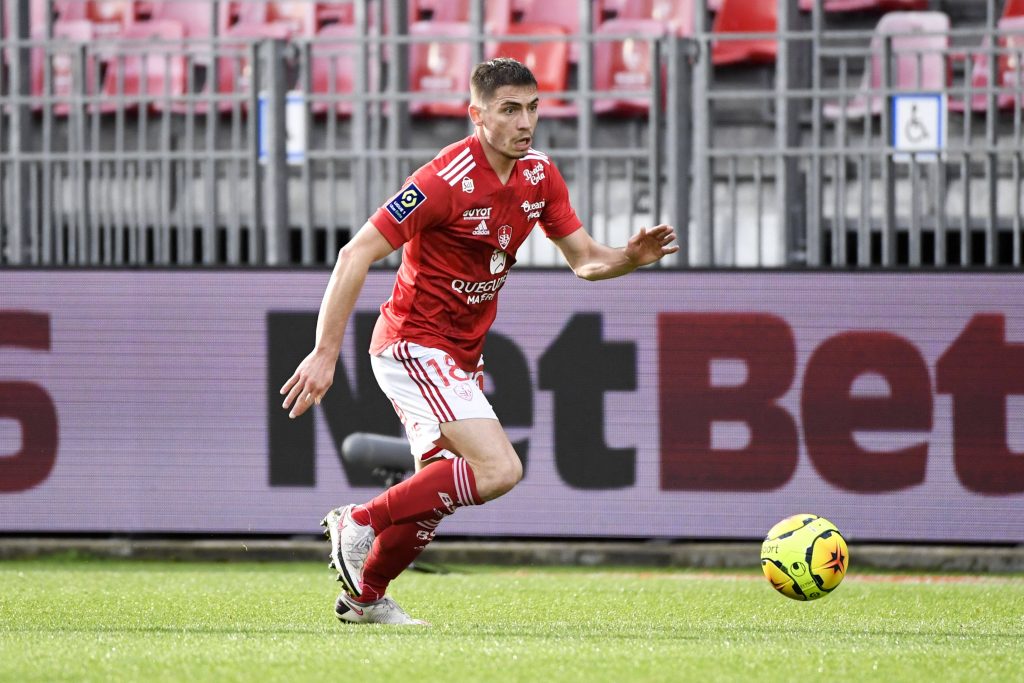 Southampton have agreed personal terms with Romain Perraud and are now planning to negotiate the transfer fee with Stade Brest, Football Insider claims.

Perraud had an impressive 2020/21 campaign with the Ligue 1 outfit, registering three goals and seven assists from 36 league appearances.

Leeds appeared the front-runners to sign the left-back after opening talks with the French club last month, but they were put off by the price tag.

The Whites refused to meet the £15 million asking price as he has no international or Champions League experience and has played just two years in the French top tier.

It is now reported that the Saints have agreed personal terms with the 23-year-old defender and plan to negotiate the transfer fee with Brest.

The south coast outfit have a good association with the club after landing the signature of Ibrahima Diallo from them last summer.

The Saints don’t have a senior left-back in their ranks, with Ryan Bertrand confirmed to leave when his contract expires this month.

Club graduate Jake Vokins played occasionally during the first half of last season, but he was loaned out to Sunderland in January.

It is unlikely that manager Ralph Hasenhuttl will trust him or Mohammed Salisu to play regularly next season.

Salisu is a centre-back by trade but played a makeshift role towards the end of last season when Bertrand was injured.

Perraud is an attacking left-back and managed to make 10 goal contributions last term.

He lacks the aerial presence at 173cm but was solid at the back last season with three tackles and interceptions per game.

It is unclear whether the Saints will meet the valuation. The club could be eyeing more than one left-back with their lack of options.