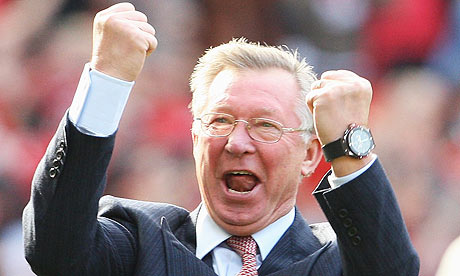 Manchester United boss Sir Alex Ferguson has hit back at claims from rivals Manchester City that his side get preferential treatment from referees.

With the two rivals locked in a battle for the Premier League title this season, a war of words has ensued between Etihad Stadium football development executive Patrick Vieira and the Scottish coach.

The former France international sparked the feud by claiming that United’s youth system is not as strong as it was due to their decision to bring Paul Scholes out of retirement, whilst Ferguson hit back by questioning Roberto Mancini’s rhetoric in allowing Carlos Tevez to return to action.

Vieira’s latest claim was based around United’s 1-0 victory over Fulham on Monday night, with the Cottagers denied a penalty after Michael Carrick seemingly tripped Danny Murphy in the box.

The City executive stated that referees were less likely to award decisions against the Premier League champions at Old Trafford, but Ferguson denied that this was the case.

“From the referee’s position, I can see why he didn’t give a penalty when Danny Murphy was brought down,” the Scot stated in a press conference.

“The ball moved to the angle as Michael Carrick challenged him. From that position, it wasn’t clear.

“It was a good claim but City could have had a penalty against them at Stoke for a foul by Gareth Barry.

“Every club gets breaks here and there, you get good ones and bad ones. It evens itself out over the season, that will never change,” he confessed.

Vieira has since stated that his comments were taken out of context, but the feud between the sides seems to only have originated since City’s title challenge has fallen by the wayside, with a three-point gap opening between the sides.

Psychological ping-pong between the rivals may well be an attempt by City to put United off, however the holders’ experience should mean that Vieira’s comments will only act as a motivation rather than adding pressure.

Roberto Mancini’s men have a chance to go back level on points with United on Saturday when they host Sunderland, before the champions take on Blackburn at Ewood Park on Monday.