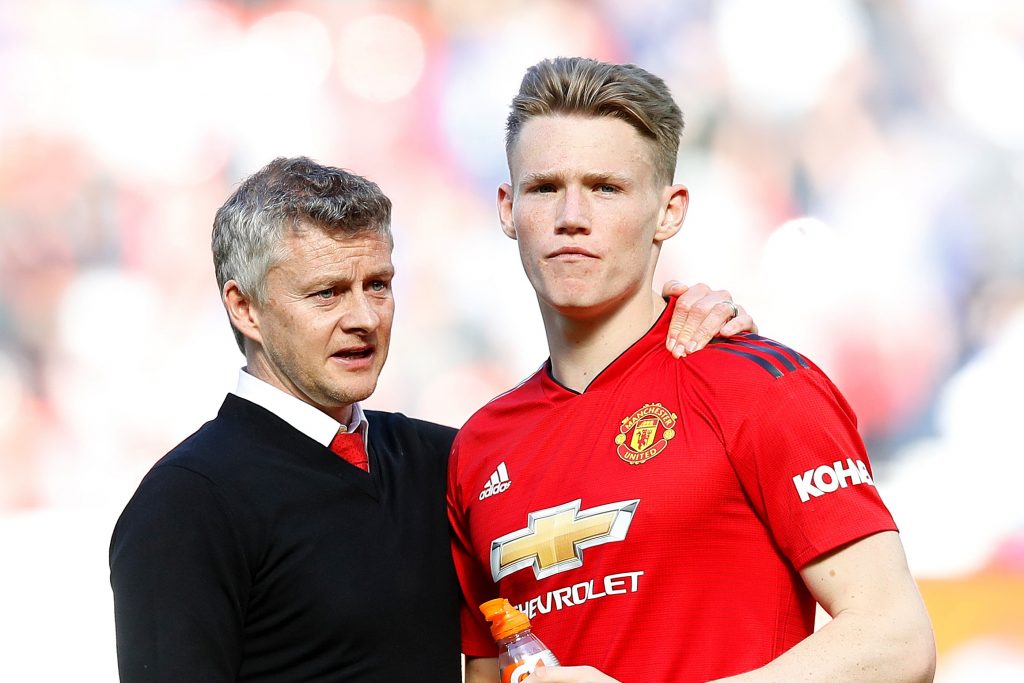 With Ole Gunnar Solskjaer hanging in the balance, Manchester United provided a spirited performance against Tottenham Hotspur to give their coach some breathing room. The Norwegian is under severe pressure after Mauricio Pochettino’s shown interest in his job.

However, the United players played for their manager and overcame a strong Spurs side to pick up an important win. Scott McTominay was influential in dominating proceedings in the middle, earning high praises from both Solskjaer as well as Jose Mourinho.

The Scotsman himself appreciates how the Norwegian has been handling things since coming on and speaking to MUTV after the game, he expressed the United’s squad’s admiration and love for their gaffer.

He said, “I don’t read too much into what gets said online, or in the press, or different things like that. Obviously it’s our duty as players to go out there and do our best for him and hopefully we can [perform well] because we love him. We love him as a group as well.”

McTominay agrees that United haven’t been up to the mark so far this season, admitting that they’ve dropped points too many times but hoping they’ll get better going forward.

The 22-year-old also exclaimed how frustrated he was sitting on the sidelines for the past few weeks and hailed Old Trafford’s atmosphere in the game against Spurs.

The Scottish midfielder stated, “That was disappointing, to watch two or three games from the sidelines. Whenever I am watching, I am just desperate to be on the pitch as well. It was a brilliant atmosphere today [against Spurs]”

He also admitted his delight at United’s style of play against the Lily Whites, creating some slick attacking moves to get Old Trafford on their feet.

McTominay said, “Some of the skills and tricks and some of our football in the first half, and some in the second half as well, was absolutely scintillating stuff and it was a pleasure to be a part of.”

The Scotsman is looking forward to the Manchester Derby on Saturday but believes his side need to maintain their momentum in the games after that to hit their stride this season.

He explained, “We take it a game at a time and we look forward to Man City on Saturday, and hopefully we can keep pushing forwards after that as well.”

Having formed a solid partnership in the middle with Fred, McTominay will look to relay the pressure City are guaranteed to put them under at the Etihad Stadium.

He’ll have a crucial job at keeping Kevin de Bruyne and co quiet to make things easier for the defenders and keep the hopes up for the Red Devils.