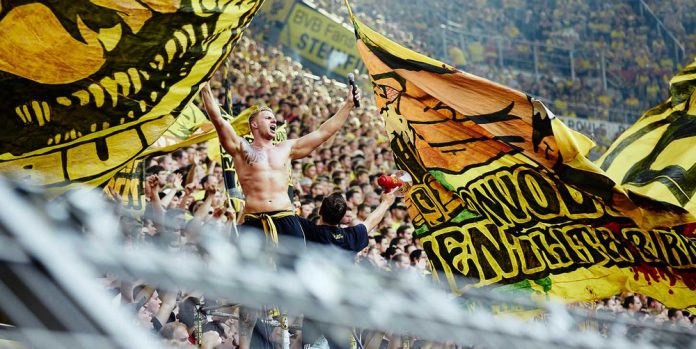 In the aftermath of the 1989 Hillsborough disaster, it was made law that stadiums in the top two divisions of English football must be all-seater stadiums, with standing sections outlawed. Ninety-six Liverpool fans were killed at Hillsborough through crushing in a standing section, with the deaths found to have been “unlawful” by the Hillsborough Inquest earlier this year due to police negligence, coupled with inadequate safety.

Steps are now being taken towards reintroducing “safe standing” zones in top flight English clubs, with Premier League sides agreeing for further talks on the subject after first meeting on Thursday, with West Ham co-chairman David Gold calling the meeting the “first steps towards safe standing”.

The move comes after Celtic opened a 2,600 safe standing section this summer, with Scotland separate from the laws made following the Hillsborough disaster. These sections contain rail seats which can be flipped up and locked, thereby providing space for fans to stand with a waist high rail running along the back of every row preventing crushing.

Standing sections are still commonplace on the continent, with German stadiums in particular known for their energetic standing zones. However, the matter is still sensitive in England, with Liverpool still opposed to the reintroduction. 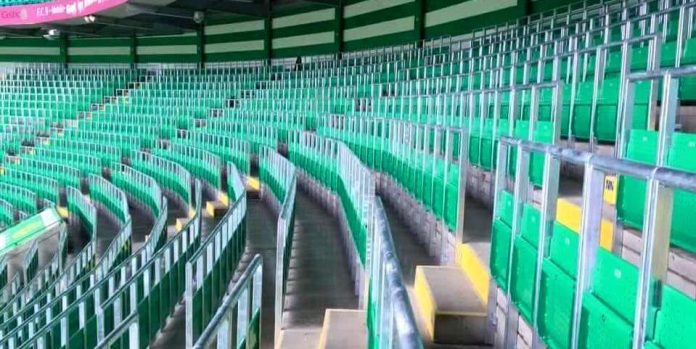 We’ve got different history [to Germany]. We’ve had Hillsborough, and they haven’t. We have got to tread very carefully because our number one duty is to create a safe environment for fans watching football.

There’s a lot we can learn from the way Celtic are doing it.

We need to look at what the facts are and then calmly make a decision after that. We’ll work with the whole game to come up with an aligned point of view.

The road to reintroducing standing sections will be long, but the benefits of bringing back this staple of football culture are clear:

The issue of prices for fans when going to matches has hung over the English top flight for years. Premier League match-day tickets go as high as £97 each. That’s over a pound a minute. It has been said that the enormous Premier League TV deal agreed last year will go some way to reducing prices for fans, with the effects reportedly to be seen next season. 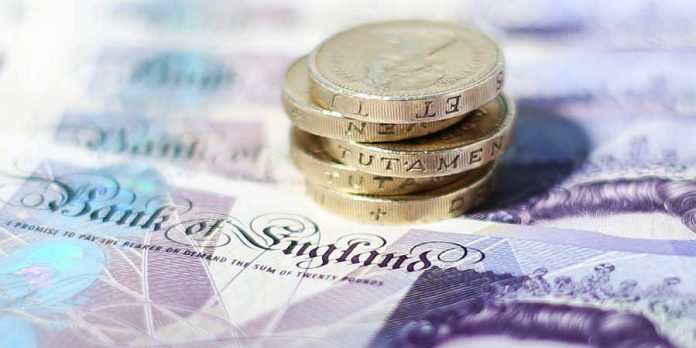 The introduction of cheap standing sections will also help fans in buying tickets. Before they were banned, standing sections were the cheap option when going to see a football match. A little like restricted viewing at the theatre. But the lack of a seat is nothing to those who enjoy standing and singing all match long, with flags and banners and the like.

In August of this year, the Adam Smith Institute think tank predicted that Premier League season ticket prices for standing areas would be up to half as expensive as the cheapest yearly ticket. The analysis compared ticket prices of top flight English clubs with European clubs who have standing sections.

There’s nothing better than seeing a crowd on their feet and jumping around.

It might actually lower the price of tickets for some fans. I think it should be an option, I don’t think there’s a problem with it.

European clubs are known to have significantly more impressive atmospheres, often thanks in part to vibrant standing areas. Germany in particular is known for this, with the South Bank at Borussia Dortmund’s Westfalenstadion holding 24,454 standing fans — The Yellow Wall.

In 2009, the FSF’s National Supporter Survey asked 4,287 football fans: “What is the single most important reason you like to stand at matches?”

Of that number, 71.6 per cent cited “Better atmosphere”. Being part of an excitable collective at games is hugely important to fans, and standing sections would only improve that.

On the matter of safety, Chris Waddle continued:

In the 70s and the 80s they overcrowded them. I can see why they changed it, but so long as it’s controlled, there’s nothing wrong with it if the area is the right size and you don’t overcrowd it.

The introduction of standing sections at Celtic, with rail seating, gives fans a choice. Three of every four fans who enjoy standing at matches are told to sit either by stewards or the police (FSF National Supporter Survey 2009), and allowing these fans to enjoy the match the way they want to in a safe standing environment makes stewards’ lives easier, and also benefits those fans who like to sit for the duration and have to humour others standing in front of them. 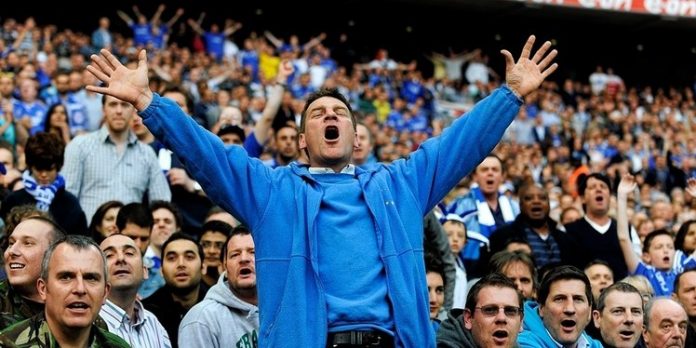 There is a huge movement of fans who are keen for standing sections to be reintroduced, and Premier League clubs are listening, says the Premier League Director of Communications, Dan Johnson:

Maybe at some clubs it might be how do we create an atmosphere and maintain it.

But I think a lot of it is to do with listening to their fans and hearing they’re interested in looking at it. It is very early stages. It’s a very emotive subject still, we’re acutely aware of that. A number of our clubs do want to discuss it so it’s on the agenda.

It is a matter that won’t be dealt with overnight, but a return of the standing section would only increase the value of going to games, and take down the price.