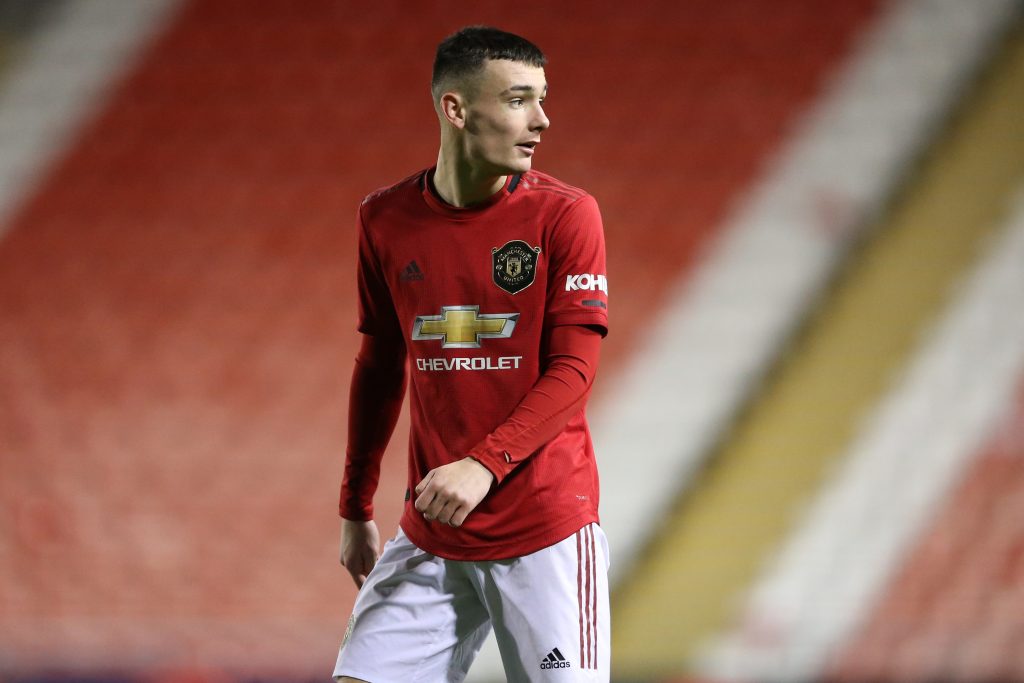 Speaking on the MUTV Group Chat, Manchester United legend Ryan Giggs has said that Dylan Levitt is one of the young academy players to watch out for.

The 19-year-old has impressed for the United Under-23s this term and he has managed 14 appearances in the centre of the park, contributing three goals and four assists.

He also made his debut for the senior squad during the first half of the season where he played through the 90 minutes of the 2-1 Europa League group stage defeat at Astana.

When compared to James Garner, Levitt has not received much attention, but he has caught the eye of Giggs, who has called up him to the Wales squad on a few occasions.

Levitt has yet to make his senior debut for the national team, but Giggs has been pleased with the midfielder’s application in training and believes he can have a bright career ahead.

“When Dylan was in the squad, we had must-win games so I couldn’t really throw him in and put him in that pressure cooker. But, in training, he’s one of the best,” He told.

He’s my kind of player – a good character, quiet but tough, and he’s one that I’ll be taking a big look at over the next year or so. I want him to develop and if he does and, if he plays more games, then he’ll definitely be in the reckoning.

“He’s a really intelligent player with a good range of passing and he stands out in training in every session. As I said, it’s just a shame that I couldn’t get him on the pitch.”

At present, Levitt appears unlikely to feature regularly for the Red Devils with the competition from the likes of Fred, Scott McTominay, Paul Pogba and Nemanja Matic.

A loan spell away from the club could be ideal for him to gain first-team experience next term and Manchester Evening News has recently revealed that is likely to be the case.

The stint should offer Levitt the chance to prove himself at the senior level and potentially make his debut for Wales ahead of the European Championships next summer.