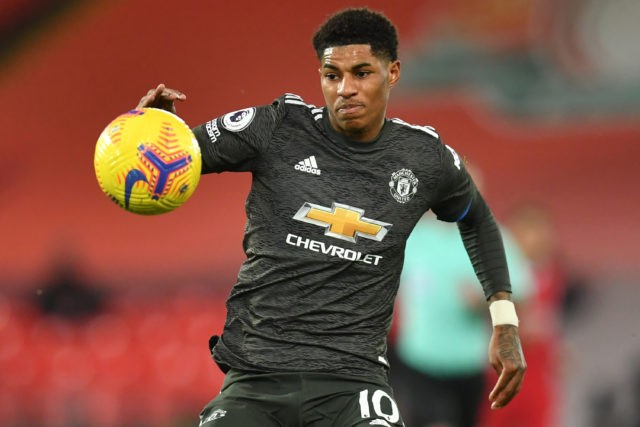 It was a tense affair between the two sides that ended in a 0-0 draw. United remained top of the Premier League table while Liverpool have slipped to fourth, three points behind the Red Devils.

Keane was overall impressed with United’s approach, but he was left disappointed that Paul Pogba missed a glorious opportunity to win it for the visitors.

The Sky Sports pundit was very pleased with Shaw’s performance. The England left-back was ‘brilliant’ throughout the game, and didn’t allow Mohamed Salah or Sadio Mane to wreak havoc.

He was defensively very solid throughout the game, while he looked equally good whenever he went for the attack.

Keane, however, was not too impressed with United’s forwards. He observed that Bruno Fernandes didn’t play particularly well, while also claiming that Marcus Rashford ‘never turned up’.

Rashford, 23, made some very good runs through the channels, but couldn’t beat the offside trap.

United created some very good opportunities in the second half, and Fernandes came close to scoring as well. Fabinho made a very good block to deny him.

Shaw was simply outstanding. He had 68 touches, completed 33 of 41 passes attempted, won eight aerial duels, and created two chances during the game.

The left-back claimed after the game that United players were left disappointed in the dressing room with the result at Anfield.