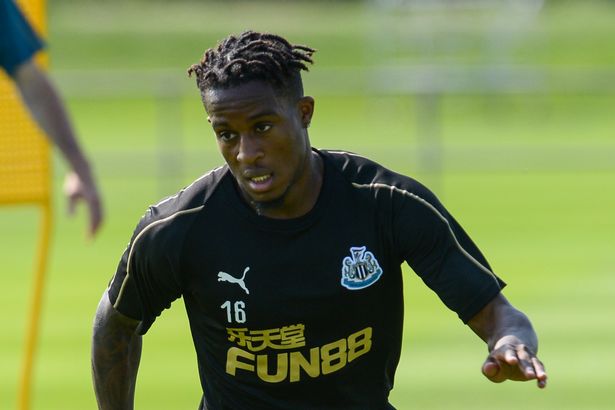 Newcastle United-owned winger Rolando Aarons has told the Sheffield Star that he is not even thinking about the Magpies, as he focuses on performing for Sheffield United until the end of the season.

The 23-year-old joined Slovan Liberec on loan during the first half of the campaign. However, he failed to make an impact for the Czech side, failing to score or provide an assist in 13 appearances.

During the January transfer window, he returned to his parent club, but he was not in Rafael Benitez’s first team plans. He was deemed surplus to requirements, and was sent out on loan to Wednesday for the rest of the season.

At the Championship club, Aarons has since managed just three substitute appearances.

When asked to comment about his future at St. James’ Park, Aarons responded by stating that he is not even thinking about Newcastle at the moment.

“I’m not really thinking about Newcastle to be honest,” Aarons said. I’m thinking about playing every game here and that is what I am focused on. I’m happy to be back in England and I will keep pushing (to play).

“Whatever happens in the summer happens. I’m looking to create and score goals and help the team get as many points as possible. It is what I have always done.”

Aarons started his senior Magpies career in 2014, and has 27 league and cup appearances to his name. He has scored four goals and has more than two years remaining on his Toon contract.