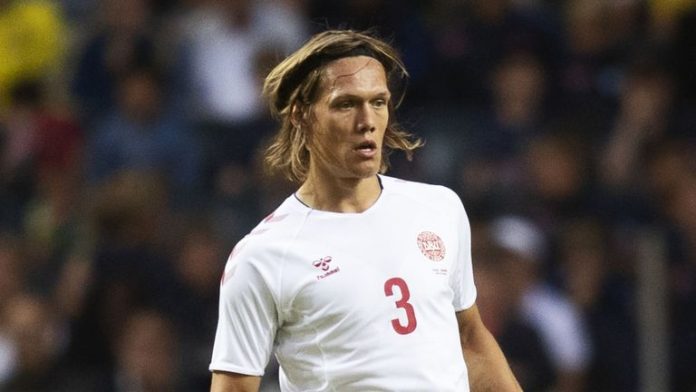 According to Football Insider, Southampton are willing to sell Jannik Vestergaard in the summer transfer window.

It has been reported that the Saints are ready to listen to offers for the 27-year-old Denmark international, who has fallen down the pecking order this season.

The report has added that the Premier League club are looking for as much as £20 million in transfer fee for Vestergaard.

Vestergaard joined Southampton from Borussia Monchengladbach in the summer of 2018 for a transfer fee reported by Sky Sports to be worth £18 million.

According to WhoScored, the Denmark international central defender made 23 appearances in the Premier League for the Saints last season, while so far this campaign, he has made 13 starts and one substitute appearance in the league, scoring one goal in the process.

Southampton are an established club in the Premier League, but there is a danger that they could get relegated to the Championship at the end of the season.

The Saints are 14th in the league table at the moment with 34 points from 29 matches, seven points above the bottom three.

Southampton will return to action on Saturday afternoon when they take on Norwich City away from home at Carrow Road in the Premier League.