Report: Real Madrid receive an offer for their Galactico winger from Liverpool 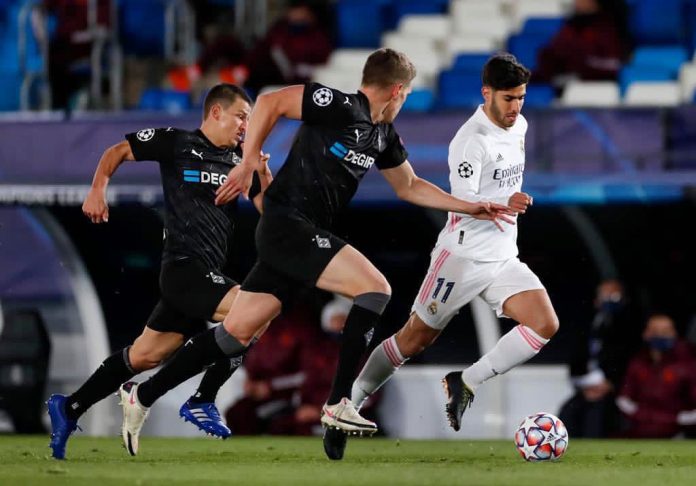 The Spanish winger was once labelled as the most promising talent in the world after his breakthrough season in 2016/17 but has failed to live up to expectations since then.

Asensio started this season on a slow note with just one goal and two assists in La Liga. Madrid are open to the idea of selling their talented winger if he fails to turn his fortunes around by the end of the campaign.

Diario Gol reports that Liverpool have shown a great deal of interest in the 24-year-old winger.

The Reds are willing to offer 40 million Euros for Asensio, a figure that Los Blancos are considering accepting as they plan on conducting a summer overhaul.

SPORTSLENS VIEW – CAN THIS DEAL ACTUALLY GO THROUGH FOR MADRID AND LIVERPOOL?

Madrid are currently planning on generating funds through player sales in an attempt to sign either Kylian Mbappe or Erling Braut Haaland next summer.

An offer worth 40 million Euros for an out-of-form Asensio seems like a perfect opportunity for Madrid to cash in on a player they signed for four million Euros.

From Liverpool’s perspective, the Reds require additional strength on their bench. The signing of Asensio would provide additional depth to Jurgen Klopp’s attacking options.

The 24-year-old can play on either wing or as an attacking midfielder. Asensio’s attacking prowess and ability to shoot from a distance makes him a better option than Xherdan Shaqiri or Divock Origi who continue to underperform.

Overall, this potential transfer could benefit both Liverpool and Madrid. The Reds would get a world-class utility player, while Los Blancos would receive a hefty transfer fee that would greatly assist them in their attempt to sign Mbappe or Haaland.