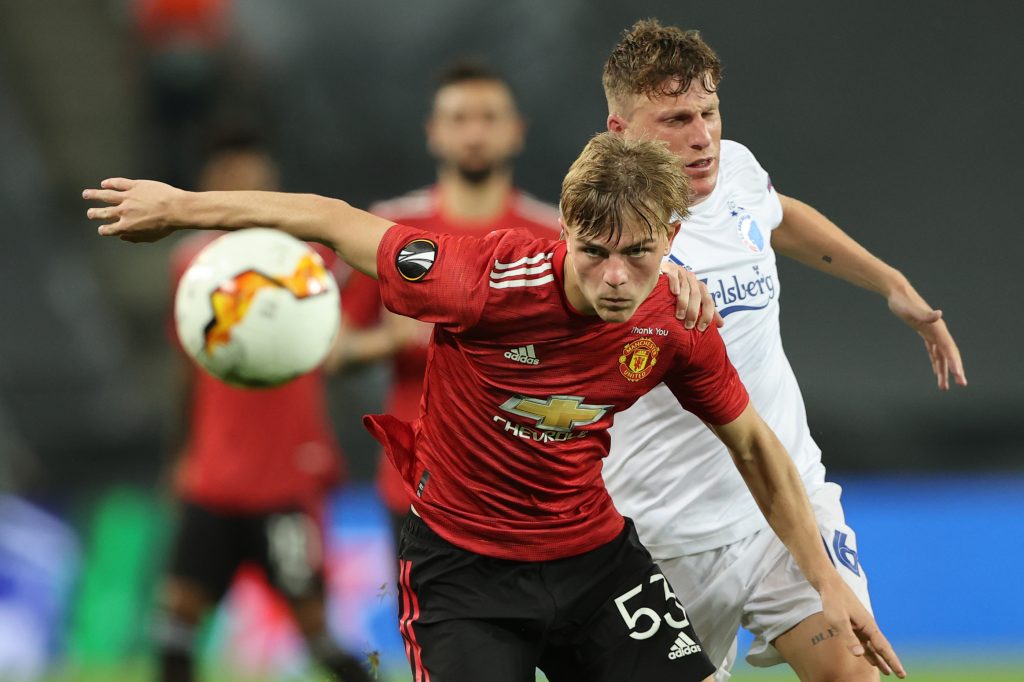 According to The Athletic, Southampton are keeping tabs on Manchester United full-back Brandon Williams ahead of the winter transfer window in January.

The England youth international was open to joining the Saints on loan during the summer transfer window in order to play more regularly in 2020-21, but Red Devils boss Ole Gunnar Solskjaer blocked the move.

Williams was assured he was going to get much-needed minutes this term, but he is yet to play in the English Premier League so far and could be considering a temporary exit in January.

Southampton manager Ralph Hasenhuttl will be keen to strengthen his options at the back to boost his side’s chances of finishing the season on an impressive note, and the Man Utd academy graduate could be a fine addition as he can play at both left and right-back.

The 20-year-old has only featured in September’s League Cup victories over Luton and Brighton so far this season, but the recent injury to Luke Shaw could give him a chance in the Premier League in the coming weeks.

Summer arrival Alex Telles was preferred ahead of him in the line-up for Saturday’s win over West Bromwich Albion, and it will be interesting to see if Williams can force his way back into Solskjaer’s first-team plans going forward.

Southampton could do with a quality cover and competition for both Kyle Walker-Peters and Ryan Bertrand, and the United youngster could help with that if brought to St. Mary’s.

While he is currently not in contention to break into Gareth Southgate’s Three Lions squad, the versatile defender will be keen to be part of next summer’s European Championship squad, and moving to where he can play regularly for the second half of 2020-21 to boost his chances will be on his mind.

Whether Southampton can provide him with that opportunity remains to be seen, though, and it will be interesting to see what happens in January.

United play 12 games between 24 November and 02 January, and it’s likely that Williams will be required to start a few of them. Luke Shaw in expected back mid-December and a lot will depend on his fitness till the end of January.