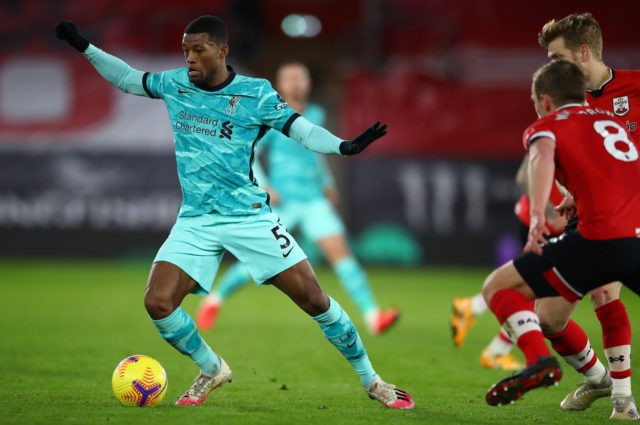 According to reports from Todofichajes (h/t The Mirror), Liverpool midfielder Georginio Wijnaldum has rejected the club’s latest contract offer.

The Dutch star has a contract at the club until the end of the season. Liverpool have tried their best to convince him to stay, but it seems he is keen on leaving.

Barcelona are interested in signing him and are ready to land the 30-year-old on a free transfer at the end of the season.

The former Newcastle United midfielder is a key player for the Reds, and Jurgen Klopp is desperate to keep hold of the Dutchman.

He has played in every league match this season, and losing him for free would be a big blow for the club.

The report claims that Wijnaldum – who joined the Anfield club for £25 million from Newcastle United – doesn’t want to be at Liverpool, as the latest offer has fallen short of his expectations.

Wijnaldum’s heart is set on a move to Barcelona. However, no-one can ever question his commitment, as he has always delivered his best for the club.

Liverpool offered him a new contract at the start of December. He demanded more time before coming to a decision. It seems he has now made up his mind on leaving the Merseyside club after a successful career.

Given his performance and wealth of experience, Liverpool should give him what he wants. However, if it is about the duration of the contract, the decision to let him go in the summer makes sense.