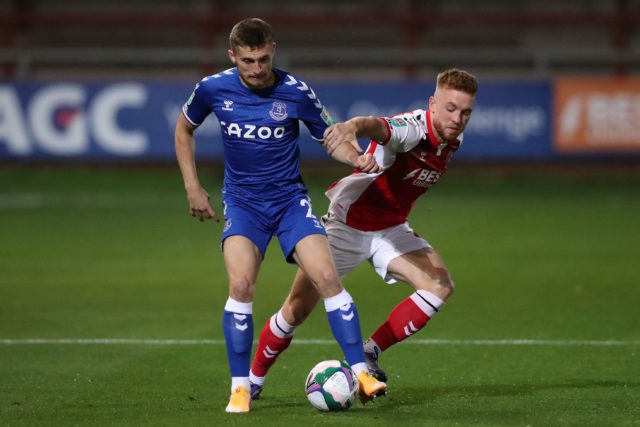 According to reports from The Sun (printed edition, page 61), the Toffees are looking to offload the 23-year-old defender.

Kenny, who impressed heavily on loan last season at Schalke, is yet to start a single Premier League game this season and has been only used in cup games.

The report claims that Everton could be willing to sell the homegrown right-back for £10m.

German giants Schalke are keen to sign him on loan again, but Everton are only interested in securing a permanent deal for the right-back.

Kenny impressed heavily on loan at Schalke, and he was hailed as ‘outstanding’ by Austrian striker Guido Burgstaller last season.

Everton have bolstered their midfield this summer, and the Toffees must look to add depth in their defence.

The Toffees have Seamus Coleman as the only recognised right-back at the club apart from Kenny, and therefore it is one area where the Italian needs to add depth.

Coleman, 31, brings experience and leadership to the side but struggled for consistency last season.

The Sun has reported today that West Ham are interested in signing the Republic of Ireland international this summer, as David Moyes is looking for a reunion.

Everton, therefore, must bring in a replacement first before they look to offload Kenny.