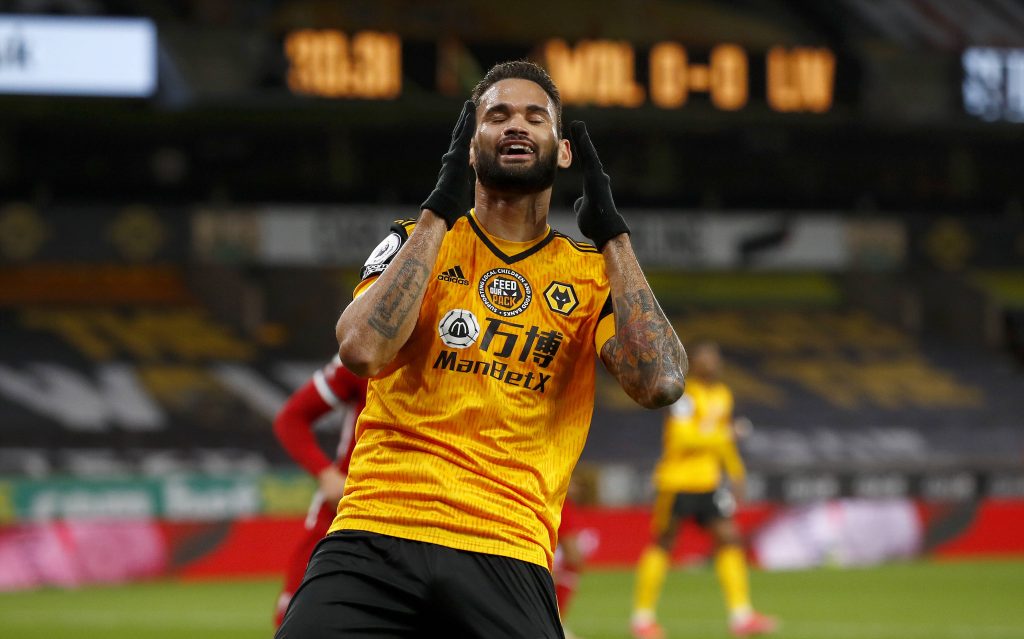 The Brazilian joined the Midlands outfit on loan in January with the option to buy for €25 million at the end of the season.

Jose has turned out on 10 occasions for the club, but he has yet to find the back of the net for them in any competition.

It was recently reported that Wolves may look to renegotiate the buy clause in Jose’s contract, but that appears unlikely to happen.

Sociedad have no desire to reconsider the price tag, but are ‘very convinced’ that the striker will sign for Wolves on a permanent deal.

Should Wolves decline the option, they will have to pay a penalty fee of €3m as part of the agreement between the sides.

The 29-year-old had been on the radar of several Premier League clubs in recent years, and he eventually made the move to Wolves in January.

He has had a tough introduction to English football and his only meaningful contribution in the 10 games was the penalty won against Arsenal.

Raul Jimenez has been out for many months after a skull surgery, but the Mexican is likely to make a comeback before the end of the campaign.

Jimenez will be the first-choice striker when fit, but Jose may still have a role to play with young striker Fabio Silva also adapting to the league.

Jose has not proved his worth for Wolves to consider a permanent deal, but things could yet change with nine games in the season left.