Bottom of the league Queens Park Rangers host Liverpool on Sunday as Harry Redknapp’s side look to end a four-game winless streak.

Liverpool’s form over the same period as not been much better, especially as last season’s runners-up. However, the return of Daniel Sturridge is set to boost them greatly having looked really weak in attack since August.

Alejandro Faurlín is out for the season and Joey Barton is a doubt. The controversial midfielder has only played 34 minutes in their past four games.

Brendan Rodgers will be without Jon Flanagan and Emre Can for the trip to Loftus Road. Lazar Marković is a doubt. 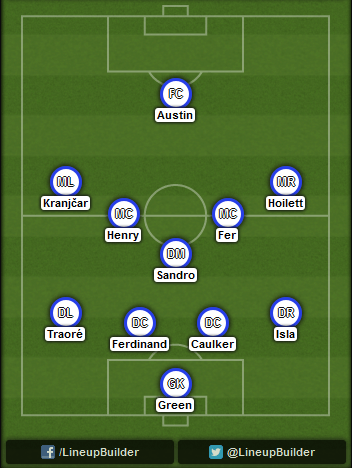 Queens Park Rangers have flicked between three and four at the back.  They look better with an extra man there so we think they will go for the 4-5-1 formation against Liverpool.  The emphasis on packing the midfield and looking down the wings for creativity on the counter-attack. 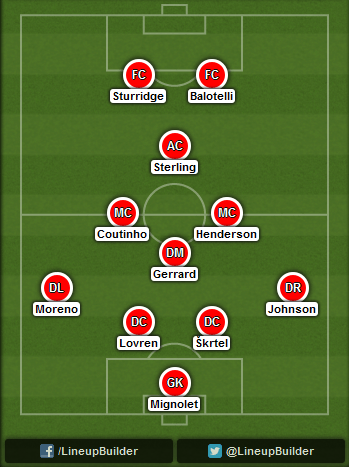 Daniel Sturridge and Mario Balotelli both started up front in Liverpool’s 3-0 win at Tottenham the only time they’ve both been available for the Reds.  We think Brendan Rodgers will start both this weekend with Raheem Sterling either behind or on the wing.

Daniel Sturridge vs Rio Ferdinand
Liverpool fans have reason to be excited for the return of Daniel Sturridge after their offence has suffered without him. The pacey striker was the league’s second top scorer last season so if he can hit the ground running it would be a real boost for the defence.

Sturridge scored the winner against Rio Ferdinand’s Manchester United in the first meeting last year and has the opportunity to make a good return against one of the league’s worst defences.

Raheem Sterling vs Armand Traoré
Raheem Sterling was rested by England on Sunday so should be fully fresh to cause Queens Park Rangers problems. The former QPR youth has a favouable matchup against the West London side’s shaky defence.

Sterling is a goalscorer with bags of pace and whilst Armand Traoré is quick he does get caught out of position. Look for Sterling to have a good game provided he stars and don’t be surprised if he’s amongst the goalscorers.

Steven Gerrard vs Sandro
A few central midfielders have had a good game against Queens Park Rangers this season. So perhaps either or both Steven Gerrard and Jordan Henderson will add to that list this weekend. Sandro hasn’t found his former form in his early days at Tottenham and Leroy Fer’s performances have been inconsistent, favouring the attacking side of the game over the defensive.

Steve Gerrard can slice open a defence and has two pacey forwards to pick out. Hasn’t scored many goals in open play for a while though so look out for the former England captain to be creating chances than scoring them.

Prediction: Queens Park Rangers 1-3 Liverpool
We think Liverpool will record back-to-back wins and get closer to the top four this weekend by beating Queens Park Rangers on Sunday. The return of Daniel Sturridge, Raheem Sterling being rested by England on Sunday and the home side’s poor performances suggest the Reds are good for three points.