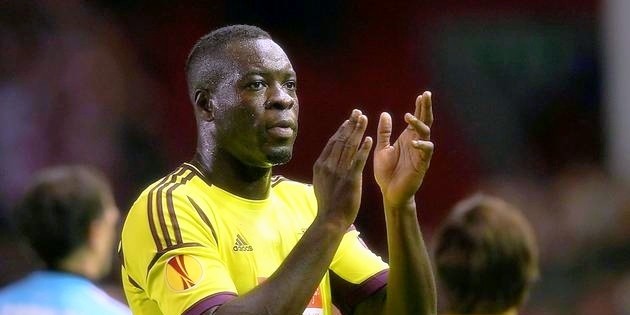 QPR boss Harry Redknapp is closing in on the signing of Anzhi Makhachkala defender Christopher Samba after the London based club triggered £10m release clause inserted in his contract.

The former Blackburn Rovers defender has been with the Russian club for less than a year and left his teammates at the club’s winter training camp in Spain (Russian Premier league is on a winter break) to discuss personal terms with QPR.

Rangers understood to have offered more than £10 million which left manager Guus Hiddink helpless and at the same time annoyed with the deal. The Dutchman said as quoted in the press:

“He left for England yesterday. It’s a shame to talk about this but he didn’t even say goodbye.

“Whatever happens to you, you should take into account the people with whom you work. He started the training camps with us but then he started to make contact with England.”

Queens Park Rangers were desperate to add a quality defender in their ranks after Anton Ferdinand moved to Turkish club Bursaspor on loan earlier this week and Ryan Nelsen set to leave Loftus Road to manage Toronto FC.

Samba has three years left on his contract at the present club where he earns a reported wage of £100,000 per week, much higher than what QPR would be providing him. However, his family is well settled in England, which prompted him to return back to this country.

Earlier in the day, Rangers confirmed their third signing of the January transfer window with the capture of Yun Suk-Young for an undisclosed fee from K-League club Chunnam Dragons.

The 22-year-old South Korean defender who signed three-and-a-half year deal at the club will be able to start playing once he gets a work permit.

Redknapp is also eager to bring Stoke City striker Peter Crouch for the third time in his managerial career but manager Tony Pulis has insisted that the 31-year-old is under no pressure to leave the club.

It would be a busy next 24 hours for QPR as the club is also preparing the departure of midfielder Alejandro Faurlin who has agreed to join Serie A side Palermo on loan.