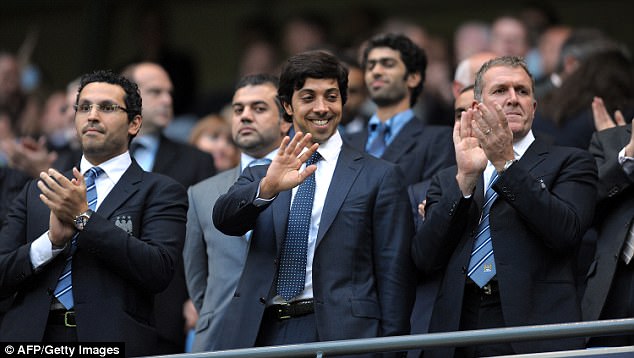 Manchester City currently hold a 16-point lead at the top of the Premier League table with nine games to go and could have the title sewn up at the beginning of April with five games to spare.

In France, Paris Saint-Germain are bouncing back from their shock failure in Ligue 1 last season in which AS Monaco won the league title, holding a 14-point lead at the top after making two serious summer signings.

After finishing third in his debut season in England with Manchester City, Pep Guardiola raised a few eyebrows during the off-season when his side splashed out some hefty transfer fees on three defenders.

Benjamin Mendy arrived from Monaco for £49.3 million, Kyle Walker from Tottenham Hotspur in a £45 million deal, and Danilo from Real Madrid for a much cheaper £26.5m transfer. The Citizens also splashed out a record £34.9 million for a goalkeeper to bring Ederson to the Etihad Stadium from Benfica.

The Spanish manager had actually begun his summer transfer dealings with the signing of attacking midfielder Bernardo Silva – £43 million from Monaco.

As if spending these huge sums of cash and having a big lead in January wasn’t enough – the club then splashed out another £57 million to sign uncapped French centre-back Aymeric Laporte from Athletic Bilbao during the winter transfer window.

The club are in their 10th season under owner Sheikh Mansour, one of football’s wealthiest owners, with an estimated family net worth of at least $1 trillion. Compared to Chelsea, who have been heavily funded by Roman Abramovich, money has yet to bring Manchester City as much success as their Premier League rivals.

Two Premier League titles, an FA Cup and two League Cups have been won during that time, but this season looks to be the start of something special for the Manchester club.

Despite their shock FA Cup exit at the hands of League One side Wigan Athletic in February, they have all-but won the 2017-18 Premier League title already and many have Manchester City as favourites to win this season’s Champions League too – Paddy Power football odds currently have them at 10/3 favourites to do just that.

The Champions League is the ultimate aim for Manchester City. The same can be said of Paris Saint-Germain, having dominated the French top flight for the majority of seasons since Oryx Qatar Sports Investments took over in 2011.

During that time the Parisian club have had top players such as Neymar, Kylian Mbappé , Ángel Di María, Thiago Silva, Edinson Cavani, Zlatan Ibrahimović, Blaise Matuidi, David Beckham and Lucas Moura among others on their books.

However, the Champions League trophy continues to evade them. Between 2013-18 they were eliminated at the quarter-final stage on all four occasions – to Barcelona (twice), Chelsea and Manchester City. Last season they fell at the second round to Barcelona after blowing a 4-0 first leg lead to lose 6-1 at the Camp Nou before this week’s 5-2 aggregate score exit at the hands of Real Madrid at the same round.

The only French club to have won the Champions League is Marseille. The south coast club successfully did so in the first reason following its rebranding and format change – 1993. Though that came controversially as they were stripped of their Ligue 1 title and relegated the following season for match fixing.

There is no doubt that money is controlling a large part of how successful teams are. Sure, a good manager is what’s required to take a team all the way, and Manchester City and Paris Saint-Germain are prime examples of this.

Pep Guardiola certainly looks capable of taking City all the way, and perhaps this season is his best opportunity. The lead they have at the top of the Premier League allows them to rest key players either side of important Champions League ties, whilst his team is currently largely healthy.

The quarter-final stage is where a number of elite clubs may be drawn against each other. After this week, Real Madrid, Juventus, Manchester City and Liverpool have all booked their places, whilst Bayern Munich are all but through after their 5-0 first leg hammering of Beşiktaş.

Paris Saint-Germain won’t be there this season but with Unai Emery expected to be relieved of his duties before the start of next season, perhaps the French side will have more luck with another manager.

The Ligue 1 runaway leaders are already being linked with the likes of David de Gea, N’Golo Kanté and Mohamed Salah among other top class stars. With their spending power, don’t be surprised to see more top stars at the Parc des Princes next season…