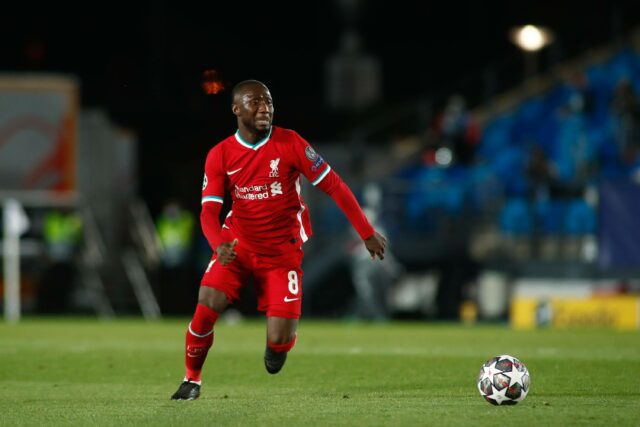 Liverpool will take on Newcastle United in the Premier League at Anfield on Saturday.

The Reds are now four matches without a defeat, winning three of them.

They head into this match on the back of a 1-1 draw against Leeds, and Jurgen Klopp’s side will be looking to pick up all three points when they face the Magpies.

It has been a tumultuous week for Liverpool. The last time they took the pitch, they had signed up for the European Super League.

A few days later they are out of it, and the club owner was forced to issue an underwhelming public apology.

Liverpool are just two points behind fourth-placed Chelsea and will be looking to get into the top four with just six games remaining in the campaign.

Klopp revealed in his press conference that Nat Phillips is still out after picking up a hamstring injury. Fabinho is likely to start in defence alongside Ozan Kabak.

Curtis Jones is back in the squad after a three-game absence, while Klopp confirmed that Diogo Jota is “fine” and available for selection.

Mohamed Salah is likely to return to the line-up, while Klopp could bring back Naby Keita in midfield.

The 26-year-old struggled against Real Madrid in the Champions League, but his energy and quality will be useful against the Magpies.

In other news, Liverpool are close to securing a deal for Ibrahima Konate.