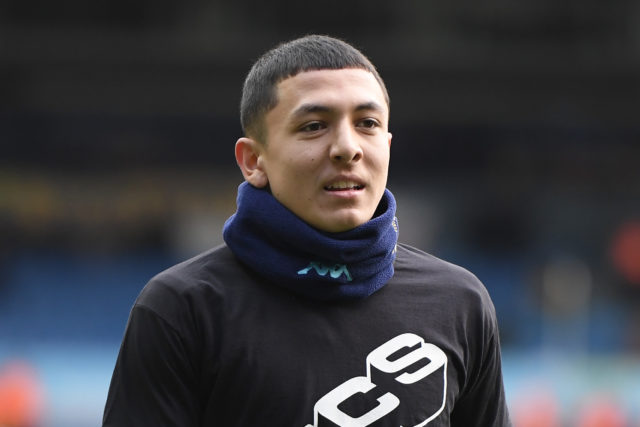 Leeds United will face Hull City in the second round of the EFL Cup on Wednesday.

The Whites, who started off their Premier League campaign last week with a 4-3 defeat against Champions Liverpool, are taking this competition seriously.

Hull kicked off their League One campaign with a 2-0 victory over Gillingham.

After their impressive performance against the Reds last week, Marcelo Bielsa’s side should be looking ahead to the rest of the Premier League with a sense of belief and optimism.

The Whites are now focussing on their attention to the EFL Cup, and they would be looking to do well this term after being knocked out at the second-round stage in the previous two seasons.

Marcelo Bielsa should be looking to make some changes to the squad that played at Anfield on Saturday.

It has been claimed that Leeds are to looking sign a new goalkeeper, but it seems Bielsa wants Kiko Casilla at the Yorkshire clubs. The Spaniard is likely to make his first appearance of the season.

In defence, Leeds will welcome skipper Liam Cooper back at the club after he missed out against Liverpool through injury. Barry Douglas could start at left-back, while Jamie Shackleton is also expected to feature.

Pascal Struijk impressed against the Reds in defence. He is likely to retain his place in the side, although this time he could play as a central defensive midfielder.

This could be a breakthrough season for 20-year-old Ian Poveda who joined during the January transfer window from Manchester City.

Tyler Roberts is likely to start, while club-record signing Rodrigo is set to make his first start for Leeds in place of Patrick Bamford.